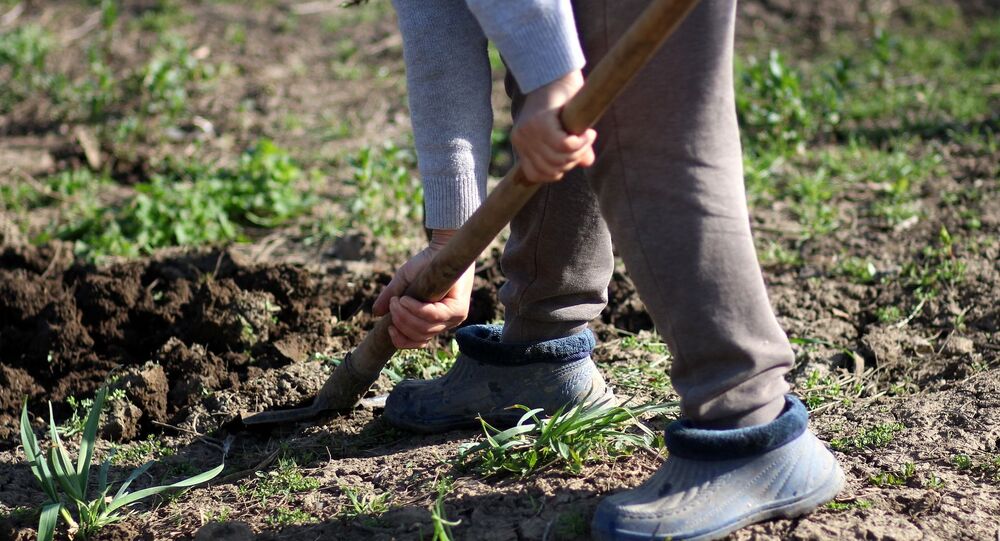 As the UK general election campaign gets underway, a former Labour councillor who is now standing as the Conservative candidate in the key marginal seat of Ashfield filmed a video where he advocated that tenants causing problems be forced to work in fields and live in tents.

The candidate for the Conservative Party in the key marginal of Ashfield, Nottingham said he would solve the problem of tenants causing a nuisance in the area by making them work in a field and live in a tent.

The video which emerged on Tuesday, first reported by Buzzfeed, shows Tory candidate Lee Anderson, who is attempting to unseat the sitting Labour MP who has a majority of 441 in the Nottinghamshire constituency.

We must tackle anti-social behaviour but the Ashfield Tory plan of forced labour camps is madness. What our communities need is properly funded police & councils who can enforce ASBOs. The Tories have cut both, taken police off our street & have let our communities down. pic.twitter.com/4hIY200Ilg

​In the video, Anderson states his "personal opinion":

"What I am about to say is my own personal opinion - I stood on this spot a few months ago banging on about nuisance tenants on this lovely estate."

"People say to me, 'but they've got to live somewhere'. That's right, so my plan would be, and again this is just my own personal opinion, is that these people who have to live somewhere, let's have them in a tent, in the middle of a field".

"Six o'clock every morning, let's have them up, let's have them in the field, picking potatoes or any other seasonal vegetables, back in the tent, cold shower, lights out, six o'clock, same again the next day. That would be my solution."

In the last election Tories were 1% behind so he has a strong prospect of becoming an MP.#GE2019#forcedlabourcamps pic.twitter.com/z1E0AGJrpO

​Novara Media's Aaron Bastani pointed to double standards after previous accusations against Labour leader Jeremy Corbyn by Boris Johnson for being similar to "Stalin", while Tory candidates are calling for "forced labour camps".

Corbyn says he wants to raise taxes on the rich.

​Some users were so angry they advocated he be "kicked to death".

If you call for poor people to be interned in forced labour camps, you should be kicked to death.

Subsequently the Tory candidate for Ashfield, Lee Anderson, should be kicked to death.

Fell free to come at me about the Tolerant Left.

Anderson's policies in the meantime were compared to that of North Korea or Hitler.

this is a horrifying, outrageously hateful and explicit advocation of work camps. sound familiar? that’s because adolf hitler did it, because north korea, china still do. it is forced labour, it is illegal and inhumane. lee anderson must be expelled from running in this election https://t.co/Cm51jRjfvR

​​Other's jumped on the BBC, demanding that it cover the story.

I take it the BBC will be covering Conservative candidate Lee Anderson promoting forced labour camps?

However some said that his the constituents of Ashfield would appreciate the "tough talk" saying it would not become a problem for Anderson electorally.

If you think the people of Ashfield will think worse of him for this, you simply don't know the constituency.

The estate he is stood on (Carsic) has been under curfew recently because crime has got out of hand. People are being stabbed up there, they'll appreciate tough talk.

Lee Anderson, who is an ex-miner, wrote in the Daily Mail in November that he had defected from the Labour Party to the Conservatives after receiving "abuse" for voting for Brexit.

He hit out against "Momentum’s heartless thugs", saying that the pro-Corbyn group "spread lies and disgusting comments" against Anderson and his wife. He also complained about people posting sinister messages through his door saying "Watch yourself."

In the 2017 election, the Conservative candidate came just 1% behind Labour in Ashfield, which voted by over 70% to leave the EU, meaning that Anderson has a very good chance of winning the seat.