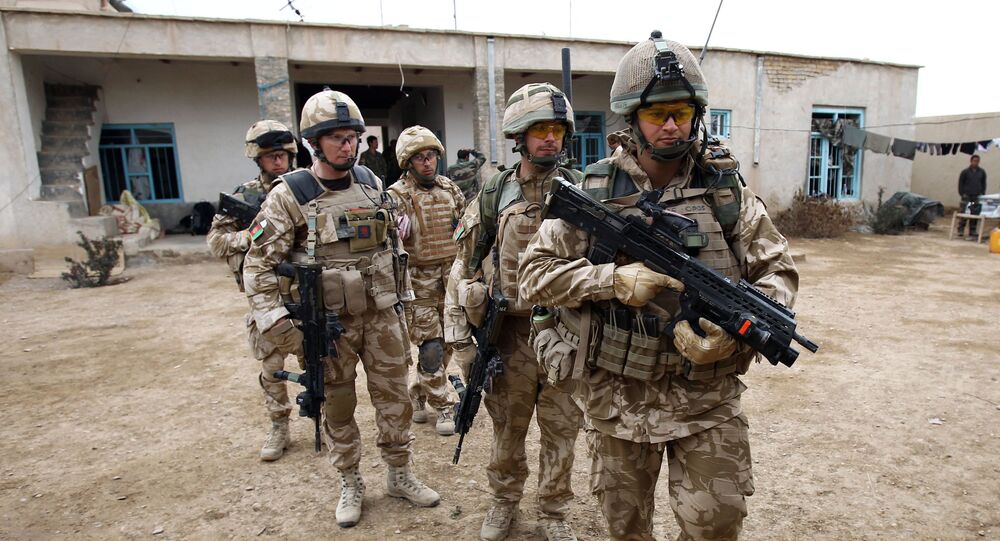 Late last week, a probe by the BBC's Panorama programme and the Sunday Times quoted 11 British detectives as saying that they found “credible evidence” of the government and the armed forces of the UK involved in covering up torture and the illegal killing of civilians by British troops in Afghanistan and Iraq.

The International Criminal Court (ICC) in The Hague has stated that it could open its first investigation into alleged war crimes committed by the British military in Iraq and Afghanistan, following the BBC programme’s revelations on the matter.

The ICC pledged to independently assess the BBC's findings and lodge a landmark case if it believed the government covered up soldiers involved in torture and killings.

The court earlier pointed to credible evidence indicating that British troops allegedly committed war crimes in Iraq, where they were mainly involved in mistreatment of detainees.

The cases include that of Baha Mousa, a hotel worker in the south-eastern Iraqi city of Basra who died after British troops tortured and beat him in 2003. This was followed by a public probe and the only conviction of a UK serviceman for war crimes in Iraq.

The ICC’s statement comes after an investigation by the BBC's Panorama programme and the Sunday Times revealed that the government and the armed forces of the UK were involved in covering up torture and the illegal killing of civilians by British troops in Afghanistan and Iraq.

The probe cited 11 detectives from the Iraq Historic Allegations Team (IHAT), which investigated alleged war crimes committed by UK forces in Iraq, as saying that they found evidence of widespread abuse at a British army base in Basra three months before Mousa was killed.

Speaking to the BBC on Sunday, UK Foreign Secretary Dominic Raab said that “all of the allegations, that had evidence, have been looked at."

The UK Ministry of Defence (MoD) insisted that its military operations were carried out in full compliance with the law.

“Investigations and decisions to prosecute are rightly independent from the MoD and have involved external oversight and legal advice,” a MoD spokesperson told the BBC, noting that “after careful consideration of referred cases, the independent Service Prosecuting Authority decided not to prosecute.”

“The BBC's claims [on the UK troops’ war crimes cover-up] have been passed to the Service Police and the Service Prosecuting Authority, who remain open to considering allegations,” the spokesperson added.

In March 2003, British troops took part in a US-led coalition invasion of Iraq to overthrow Saddam Hussein's regime. The bulk of the mission wrapped up on 30 April, 2009, with around 150 UK servicemen remaining in Iraq until 22 May, 2011 as part of the Iraqi Training and Advisory Mission

In a separate development, the UK ceased its combat operations in Afghanistan and withdrew its combat troops from the South Asian country on 27 October, 2014, 12 years after the British military started to contribute to the NATO-led International Security Assistance Force (ISAF), and the US-led Operation Enduring Freedom, as part of the global war on terrorism.