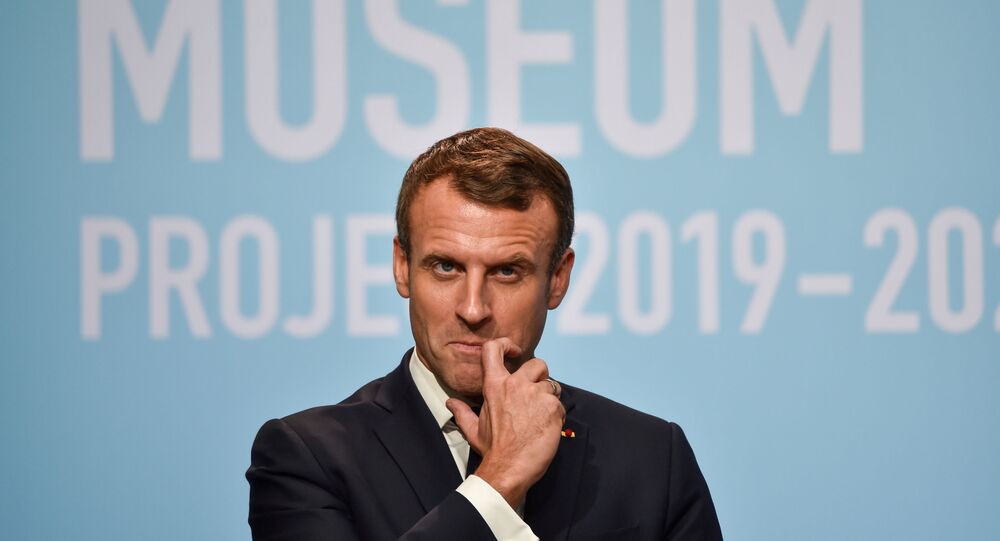 NATO leaders are expected to come together in London in early December, with the allies divided over diplomatic and economic issues such as trade, Syria and Iran. French President Emmanuel Macron has been Europe’s most prominent critic of the alliance, publicly hinting at its obsolescence just weeks before the summit.

Emmanuel Macron’s latest bout of anti-NATO rhetoric has sent waves throughout the EU and further across the Atlantic, and away from the cameras, the sentiment in Europe appears to be on Macron’s side.

Politico reports that “privately many European officials and diplomats said Macron was largely correct in his complaints.”

“The analysis is pretty much correct,” a Western European diplomat said on condition of anonymity. “It’s the wording that is clearly wrong.”

Another unnamed Western European diplomat was quoted as saying: “What happened in Syria is clear: two NATO countries didn’t bother to have any coordination. And he’s right, we cannot ignore this fact, but the part on Article 5 was wrong ... simply a wrong message.”

France’s president last year openly flirted with the idea of a joint European army and has launched the French-led European Intervention Initiative outside the scope of NATO – this in addition to his reported push for more intra-EU military cooperation as opposed to dependence on NATO.

In a bombastic interview with the Economist published last week, President Macron said that the Western alliance was experiencing a “brain death” and called for closer relations with Russia. Macron also publicly raised doubts about NATO’s collective security framework, set out in Article 5 of its founding chapter, and blamed the United States for looking more at the Pacific rather than the Atlantic.

His comments were, at least publicly, mildly criticised by several EU member states, as well as NATO chief Jens Stoltenberg and US President Donald Trump.

Luxembourg’s foreign minister, Jean Asselborn, was one of the few European politicians who have openly supported Macron. “Emmanuel Macron is right about 95 percent of what he said,” Asselborn told Der Spiegel. “But the existence of NATO as a military alliance is not up for debate.”

He was also quoted by Politico as saying that the US pull-out from north-eastern Syria prior to the Turkish offensive against Kurds “does not correspond to the values many people believe should prevail in NATO.”

“There is no need to view what is happening as self-defence and if there is no coordination within NATO in such important questions, then we must ask ourselves how it is possible to respond to an independent action by the United States without any coordination with Europe. In this respect President Macron is right when he is attacking the level of coordination in NATO with his words.”

On Tuesday, 12 November the EU member states adopted 13 new joint military and defence projects under the PESCO programme. France leads three of the 13 projects and participates in seven others.

It comes with less than three weeks to go before a crucial NATO summit in London, timed to coincide with the 70th anniversary of the alliance.