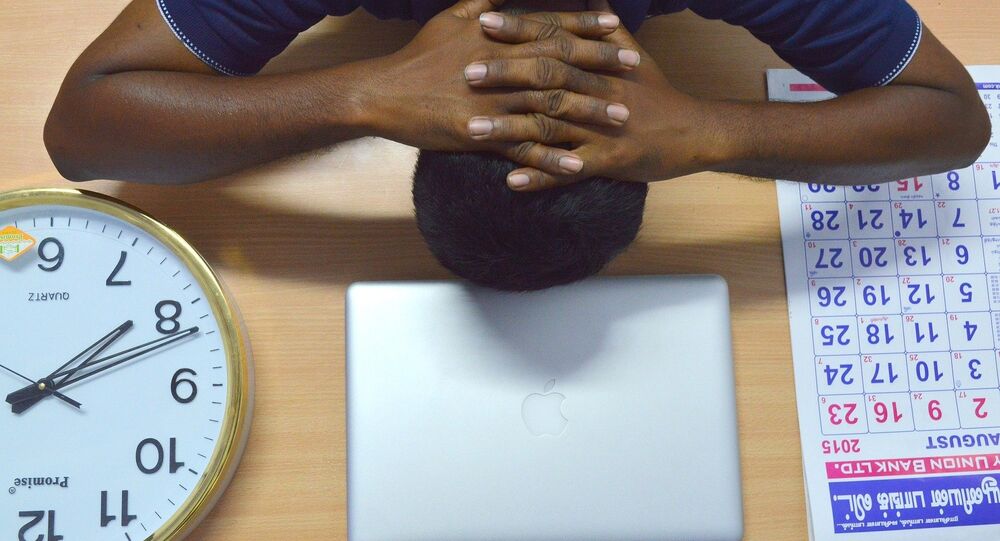 As Brexit deadlines draw close and extend at the stroke of a pen, with the new date scheduled for 31 January, government employees are beginning to feel the stress and tension that comes from organising the UK's withdrawal from the European Union.

Work-related stress, depression and anxiety have shot up significantly among civil servants in the UK to their highest level in decades amid warnings that Whitehall is reaching a “breaking point”, the Observer reported on Sunday.

Civil servants who claim to be experiencing stress rose by 45% in the past year, the highest in recorded history since the Health and Safety Executive began collecting data on the industry 20 years ago.

A variety of causes are being blamed including workload, looming important deadlines, resignations of senior staff, and the overall pressure of Brexit.

The data showed that there were around 3,230 cases of anxiety, stress, and depression for every 100,000 staffers in the civil service and offshoot jobs have been recorded, which is the highest rate of any other sector in the country. The figure also happens to be around 77% above the economic average.

An anonymous employee for a government body, who served as mental health champion following a period of being inflicted with depression, said he changed jobs to help him deal with his condition.

Speaking anonymously, he said that despite improvements in mental health awareness, increased workloads could be to blame for the growing problem of stress.

“The organisation is making the right noises, but there is a heck of a lot more to do,” he said to the Observer.

“Quite a few public sector bodies sign up to mental health pledges as a box-ticking exercise, or to give them the kudos of trying to do something. The public-sector pay cap has been key. People do not feel valued," he added.

According to unions, the figures reflect increasing workloads, years of stagnant wages, as well as heightened stress caused by Brexit deadlines and hurdles to government policy due parliamentary deadlock.

The General Secretary of the Prospect union, Mike Clancy, said:

“No other industry has experienced anything like this annual jump, and it is impossible to escape the conclusion that it is because of the sheer level of pressure being heaped on civil servants as a result of Brexit."

Clancy went on to note that no government “in peace time” has been so reliant on the civil service due to parliamentary deadlock. Cuts to pay and wages continuing to lag behind the private sector mean that it's “no wonder” workers are feeling the strain.

"The government urgently needs to address this problem or it will soon discover that even our fantastic civil service has a breaking point".

Emma Norris, the research director for the Institute for Government, said she considers the uncertainty of the Brexit process to be a leading cause of the problems as well as high staff turnover rates.

“Some of this is the sheer workload that the civil service has been subjected to under Brexit,” she said.

“We know that, as a result, some departments have already moved to shift work to try to reduce the hours some people are working – particularly where tight deadlines are involved."

She explained that there is a “constant sense of uncertainty” in the industry and that an inability for those working to see “beyond 2 weeks or so” can certainly be “demoralising and stressful.”

Norris cited public organisations who were acting in response to the crisis, such as the Department for Environment, Food & Rural Affairs which recently offered counselling services for its employees, with others offering sessions to help staff manage personal wellbeing and intensive workloads.