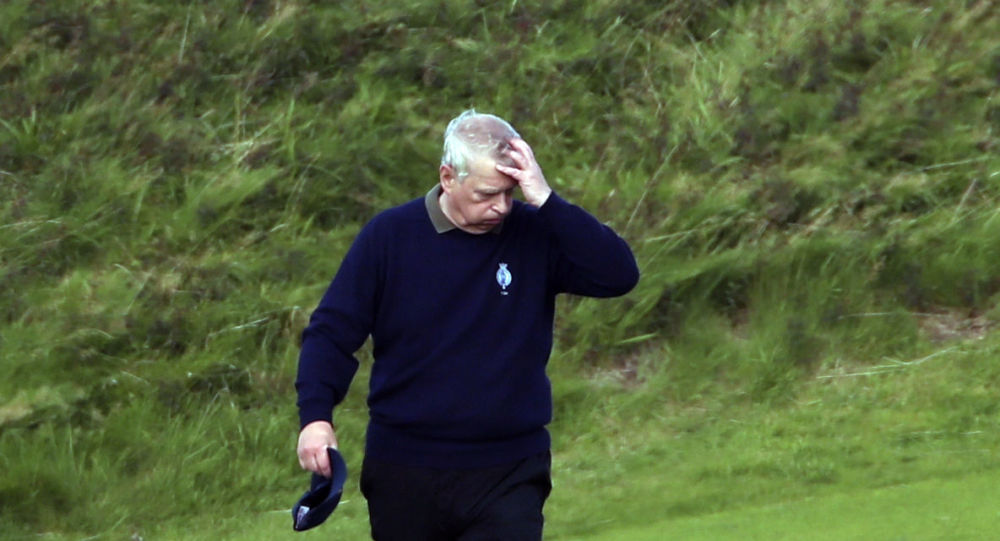 For several months now, Prince Andrew has been facing scrutiny over his ties to the late Jeffrey Epstein. The Duke of York staunchly denies having slept with Epstein’s alleged sex slave, who was under age at the time, but his detailed account of what happened 18 years ago has raised questions in Britain.

Prince Andrew’s recent statement that he could not have had sex with an underage girl 18 years ago because he was eating out that night has prompted a flurry of fake mocking reviews of the place he was allegedly visiting.

“Pizza Express Woking is like no other pizza express!” one Google review read. “It’s a memory which will never disappear once you visit the Woking branch. It’s amazing the lasting effect a pizza can have on you! The pizza is so good from this specific branch it gives you the ability to not only remember what year you visited but the exact day and month!”

Another said: “Not my local branch but I had a great alibi, sorry, meal with my kids here in March. I loved the dough balls and the pollo pesto, great service as always. Can always rely on Pizza Express for a royally good time.”

“I very much enjoyed my visit here...right down to the last slice,” said a similarly sarcastic post. “I’ve stayed at many a mansion of billionaires and been to some amazing night clubs, but I can’t remember anything about them, only my visit to Pizza Express in Woking."

Look. The reviews of the Pizza Express at Woking are very, very good. pic.twitter.com/2r4IptdAwc

Still another review read: “The pizzas here are good enough for even a prince who wants to slum it with the peasants… I often take a lovey slice of pepperoni and quietly mull over how to burn bridges with convicted felon-acquaintances (not friends of course, just random acquaintances) by setting up long sleepovers and parties...and generally living my best, privileged life without a damn consequence. This place comes highly recommended.”

The reviews popped up just hours after Prince Andrew gave his first public comments on the allegations that he had had sex with an underage girl in 2001.

Virginia Roberts-Giuffre claimed in a 2015 lawsuit that the billionaire and convicted sex offender Jeffrey Epstein, a former friend of Prince Andrew’s, forced her to have sex with the Prince on the evening of 10 March, 2001 in London.

“Ghislaine said, ‘He’s coming back to the house. And I want you to do for him (Prince Andrew) what you do for Epstein.’” Virginia Roberts Giuffre shares details about her previous encounter with Prince Andrew at Ghislaine Maxwell’s London townhome. pic.twitter.com/IZVYaIfdTt

That day, Giuffre alleged, she and Andrew went to the private Tramp nightclub in London where he got her alcohol, before they had sex at the house of Ghislaine Maxwell, Epstein’s alleged madam. Giuffre claimed Andrew abused her two more times after that encounter. Her allegations against the prince were later struck from court records when a judge ruled they were “immaterial and impertinent” to the case.

What did Prince Andrew say of the claims?

In an interview with BBC Newsnight, Prince Andrew maintained that he couldn’t have met with Giuffre on 10 March, 2001 because he took his daughter Beatrice to Pizza Express in Woking for a children’s party that day and then went home.

“I’ve only been to Woking a couple of times and I remember it weirdly distinctly. As soon as somebody reminded me of it, I went: ‘Oh yes, I remember that’.”

He continued: “I’m convinced that I was never in Tramps with her. There are a number of things that are wrong with that story, one of which is that I don’t know where the bar is in Tramps. I don’t drink, I don’t think I’ve ever bought a drink in Tramps whenever I was there.”

The Prince also said he had “no recollection of ever meeting” Giuffre and denied her account of him “sweating profusely” during the dancing. He stated he was unable to sweat due to a medical condition at that time.

What about the photo with Giuffre?

A widely-circulated photo dated 2001 shows Prince Andrew posing with Giuffre with his hand on her waist.

The Prince suggested the photo had been doctored. “I’m terribly sorry but if I, as a member of the royal family, and I have a photograph taken and I take very, very few photographs, I am not one to, as it were, hug and public displays of affection are not something that I do.

“So that’s the best explanation I can give you and I’m afraid to say that I don't believe that photograph was taken in the way that has been suggested. If the original was ever produced, then perhaps we might be able to solve it but I can’t.”

One of Giuffre’s attorneys earlier debunked the claim that the photo had been faked, writing in a letter in September that Prince Andrew had been asked to “discuss the circumstances surrounding this long-held photograph” several years ago but “did not cooperate at that time.”

What happened to Epstein?

In August, Epstein was found dead in his Manhattan prison cell where he was awaiting trial on sex trafficking charges. Authorities ruled his death a suicide by hanging, but an autopsy found several broken bones in his neck, fuelling a widespread theory that he was actually murdered by some of his powerful friends.

The disgraced billionaire had already served 13 months in prison after pleading guilty in 2008 to soliciting a minor for prostitution. Prince Andrew, who invited Epstein to Windsor Castle for Beatrice’s birthday party in July 2006 (after a warrant for his arrest was released), was photographed inside Epstein’s Manhattan mansion in 2010.

The Duke of York conceded that he had visited Epstein in New York following his release from prison in 2010 in order to break off their friendship. He added, however, that he had no regrets about their relationship because “the people that I met and the opportunities that I was given to learn either by him or because of him were actually very useful.”

Royal insiders told the Daily Telegraph the Duke of York insisted that he initially refused to do the interview but eventually agreed to a suggestion by his private secretary that it would restore his reputation.

But royal commentator Dickie Arbiter, a former spokesman for Queen Elizabeth II, said the interview was “excruciating” and would raise questions at Buckingham Palace.

"My guess is that he bulldozed his way in and decided he was going to do it himself without any advice.”