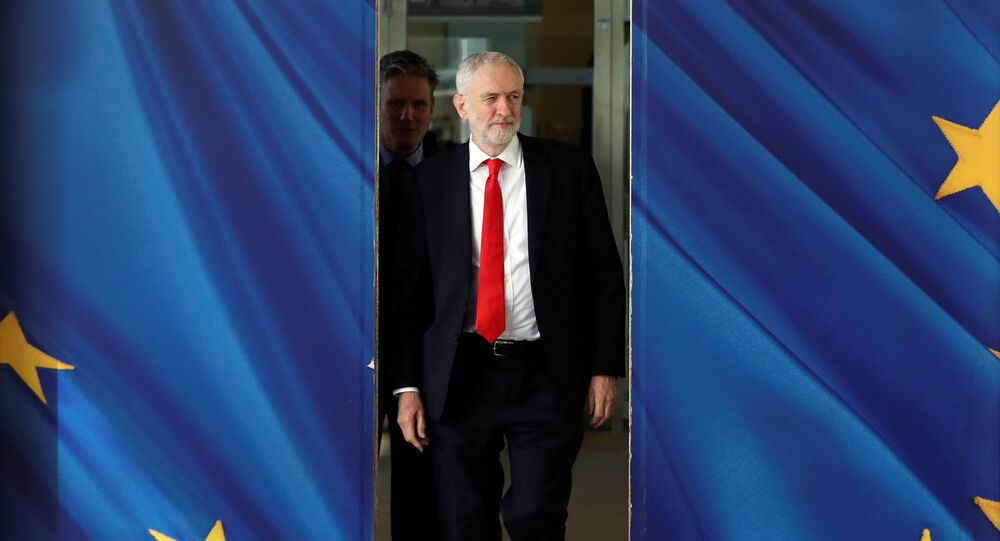 The statement by the Labour leader comes amid a fall in support for his party that, according to a latest poll stands at just 28% compared to 44% for the Tories.

The UK opposition leader Jeremy Corbyn has ruled out the possibility of a coalition deal if the Labour party fails to garner enough support to secure a majority in parliament in the upcoming general election.

"We are not forming coalition governments, we will put forward the programme on which we will have been elected," he told BBC TV.

Corbyn also dismissed the chances of a deal with the Scottish National Party and possible calls for a Scottish independence vote in case Labour fails to get a majority, saying that the party is not going to 'do deals with anybody.'

"The SNP will have a choice, do they want to put Boris Johnson back in ... or are they going to say a Labour government will deliver for Scotland," he added.

On Friday, First Minister of Scotland and SNP leader Nicola Sturgeon said that the party was looking at a possible alliance with Labour to help it gain a governing majority in parliament. In return, the SNP would expect a second independence referendum.

The United Kingdom is facing an early parliamentary vote amid the Brexit stalemate as parliament was unable to agree on a deal negotiated by Prime Minister Boris Johnson. The vote is set to take place on 12 December.

The vote comes as the Brexit deadline has been postponed for the second time this year.

Britain's breakaway was initially supposed to take place on 29 March, but the deal proposed by then-Prime Minister Theresa May suffered a defeat in parliament.

The second Brexit deadline was set for 31 October, but the revised deal negotiated by the new prime minister Boris Johnson was also voted down, forcing the government to ask for another delay. As of now, Brexit is postponed to 31 January.