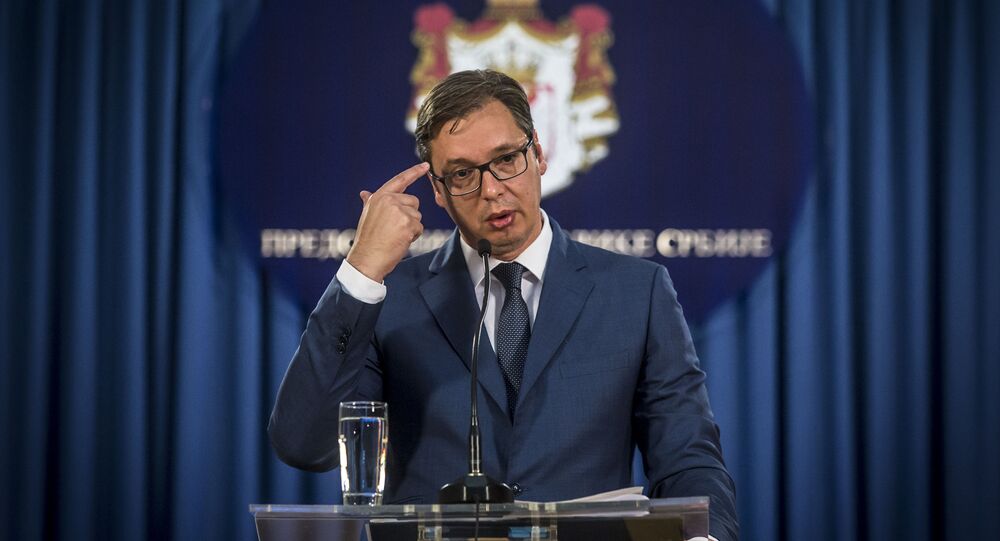 Vucic, who left the right-wing Serbian Radical Party back in 2008, became one of the founders of the conservative Serbian Progressive Party (SNS), serving as the country’s PM from 2014 to 2017, and after that was elected the head of state.

The 49-year-old politician has been sent to a military hospital in Belgrade, a statement from his office said, noting that Vucic is stable now. According to official information, he experienced cardiovascular problems, but there are no details on his medical condition.

Despite Serbia being a parliamentary republic, Vucic is still considered to be one of the most important politicians in the country as head of the governing Serbian Progressive Party, which has been in power since 2012.

© REUTERS / Marko Djurica
Newly elected Serbian President Aleksandar Vucic waves to his supporters after a swearing-in ceremony at the parliament building in Belgrade, Serbia May 31, 2017

The politician and his party aim to get Serbia into the European Union, despite a dispute over the self-proclaimed Republic of Kosovo.