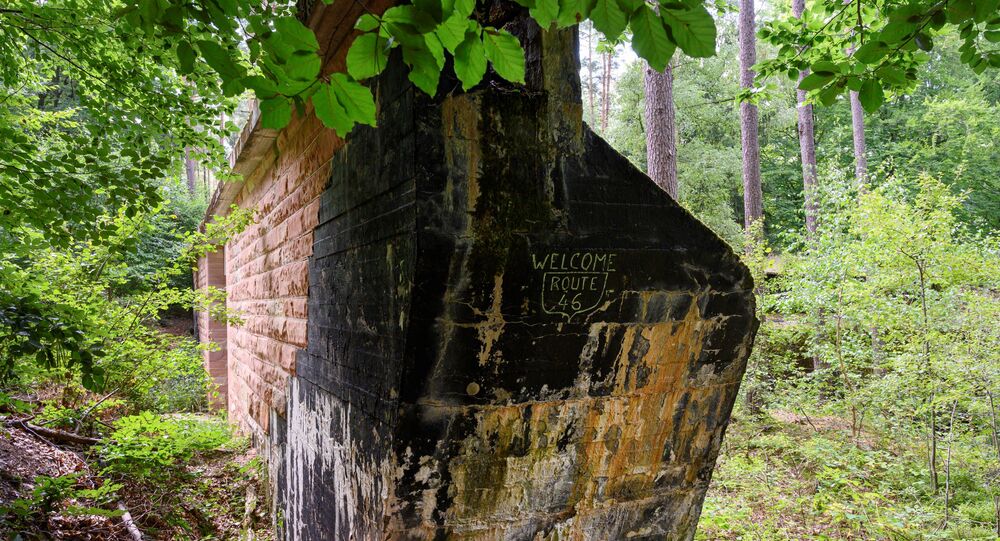 The now-abandoned Route 46 was part of the Third Reich’s ambitious project aimed at linking the country’s north with Lake Constance on its southern border. However, the war and the Nazis’ defeat put an end to the plan. The discussion about the unfinished freeway hidden in the dense woods reportedly remained “taboo” for decades.

The remains of the Nazi-era infrastructure mega-project Route 46, abandoned in the depth of the Bavarian forest, have turned into a major attraction after spending years in oblivion. Local authorities and a history enthusiast have been working on bringing visitors to the site, which the Third Reich aspired to create to bring Germany’s natural treasures into the spotlight.

Apart from installing large signs with information about it along the site last year, there are plans to create a hiking and cycling route, as well as a smartphone app.

Juergen Lippert, the mayor of Gemuenden am Main, located nearby, told The Japan Times that there are already a dozen guided tours annually. These are said to be yet another way to combat contemporary Nazi propaganda.

“During the tours, we dismantle the lies that are still now seen as true. For example, motorways were not invented by Hitler”, he explained.

History enthusiast Dieter Stockmann, who studied the abandoned route for two decades and also brings tourists to the freeway hidden behind bushes and nettles, says that he has never encountered Nazi sympathisers on these trips.

According to the history buff, research or discussion about the site used to be “taboo” due to its creators and ideologists, who dragged the world into World War II with mass killings and de-humanising propaganda. Despite this, the area has enjoyed protected status since 2003, thereby outlawing renovation work or rebuilding the structures.

“The aim of this protection is to show the ruins of Nazism, not to rebuild them”, Stockmann explains, arguing that it is “not a Nazi motorway, but rather a motorway that was built during the Nazi era”.