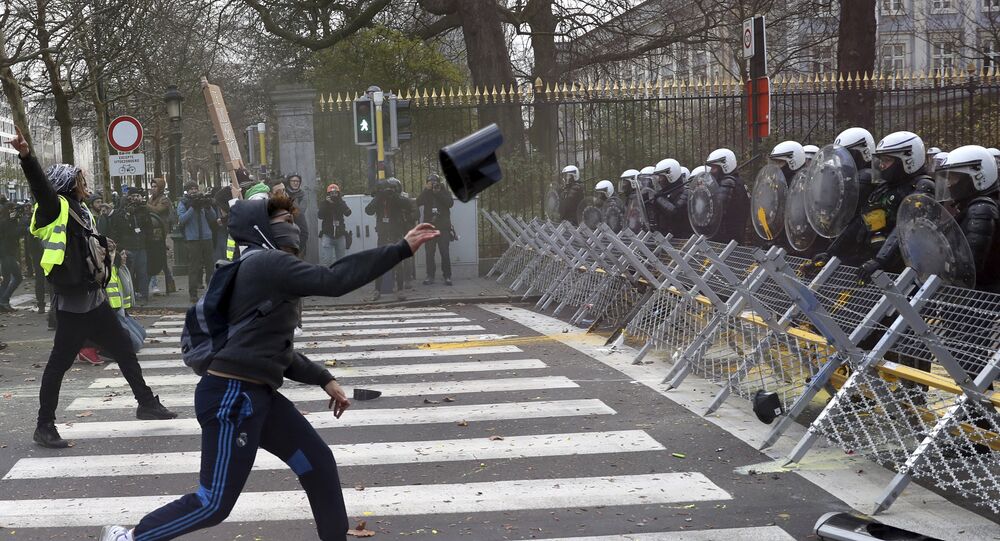 MOSCOW (Sputnik) - Since the beginning of the yellow vest protests in November 2018, 75,000 French citizens working in hotel, restaurant, transport and trade industries have become partially unemployed.

According to the RTL, 5,000 small enterprises and trading companies, which have suffered from protesters' actions, have requested government's assistance over the past year. In particular, they have requested deferment of social fees and other taxes worth 460 million euros.

Over the same period, insurance companies have paid 230 million euros in compensation to 13,000 "looted" enterprises.

The wave of the yellow vest rallies started in France on November 17, 2018. The protests were initially triggered by the government's plan to increase fuel taxes.

Even though the government abandoned the plan and introduced a set of measures to improve the socioeconomic situation, protesters continue taking to the streets across France, as they still have demands to the government. The rallies often lead to damage and violent lashes between the police and the activists.