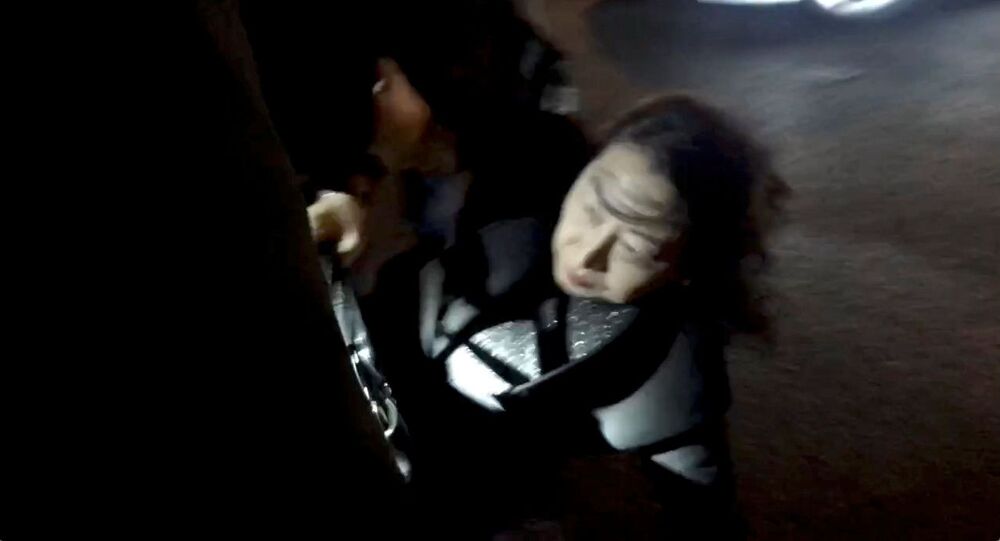 Beijing earlier accused the United Kingdom of inciting unrest following an incident in which Hong Kong's justice secretary was attacked by masked protestors in London.

According to the police, there have been no arrests so far in relation to the incident.

"A woman was taken to hospital by London Ambulance Service suffering an injury to her arm", according to the police. "Enquiries are ongoing to establish the full circumstances".

Hong Kong justice secretary, Teresa Cheng, surrounded by the protesters in London, and she tripped and fell over herself. That’s already the happiest news for us! #SaveHongKong #SOSHK #hkpolicebrutality #FreeHK #Riotpolice#standwithhongkong pic.twitter.com/5yNbQIYE8t

​Cheng, who arrived in the UK to attend an event dedicated to promoting Hong Kong's role as a dispute resolution and deal-making hub, was targeted by an angry mob on Thursday, shouting "murderer" and "shameful" at her. The woman was later escorted away from the crowd.

China has strongly condemned the incident, calling it an "appaling attack".

"If the British side does not change its incorrect practices, and continues to add fuel to the fire, sow discord and instigate others, and make false countercharges, then it will bring calamity on itself", foreign ministry spokesman Geng Shuang said reacting to the development.

Hong Kong has experienced a wave of protests since June, with demonstrators initially calling to scrap amendments to existing extradition legislation. The protests, however, didn’t die down even after the law was abandoned. Thousands of protesters have been detained and hundreds of people, including both demonstrators and police officers, have been injured.