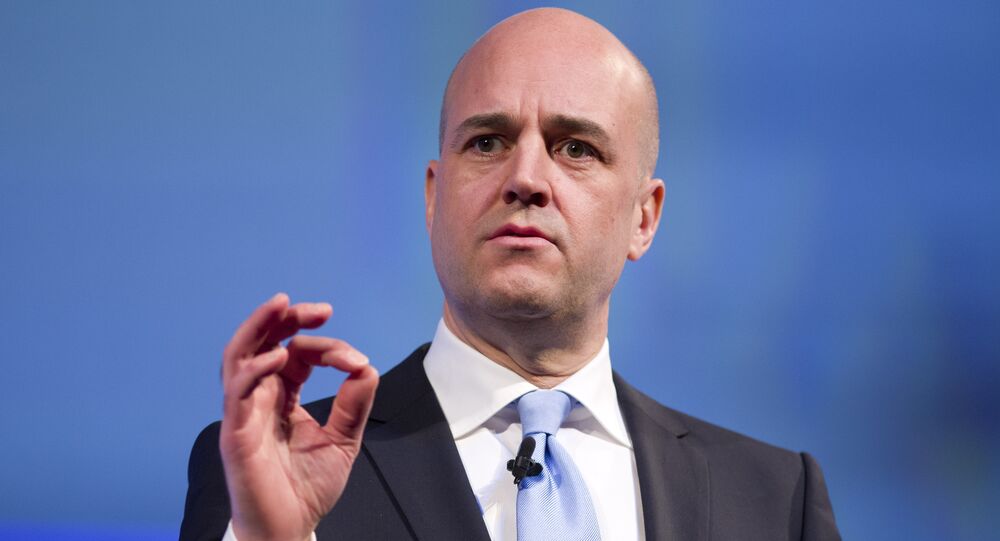 The border controls were introduced following a blast against the Danish Tax Authority and a gang murder in the Danish capital, both of which were suspected to have a Swedish connection.

Denmark's recent move to introduce border checks following a string of violence described as being “imported” from its neighbour has sparked strong reactions in Sweden.

Former Prime Minister and former leader of the liberal-conservative Moderate Party Fredrik Reinfeldt didn't hold back when he blasted Copenhagen's decision to introduce border controls and rebuked the neighbouring nation for a lack of cofidence that has since led to the restriction of free movement.

“More borders, more walls, and more police. That's what the Danes are doing now. Now the Danes are proud as they finally get to control all Swedes. They frame it like we have gone collectively mad in Sweden, so we cannot be admitted into Denmark, because then Denmark would be infected”, a noticeably annoyed Fredrik Reinfeldt exclaimed at the Swedish Fair at Gothia Towers in Gothenburg. “It is the kind of us-and-them think that currently reigns in the world. Completely fatal. It will only create new wars”, he added.

​However, his take was widely criticised on social media, as Reinfeldt, who at one point likened immigration to having children, is widely seen as the architect behind Sweden's immigration policy.

“The biggest fool in Sweden's history. He should be held accountable for children being shot to death”, a user wrote.

​“He now has a clear overview of what his migration policy and 'no walls' talk is leading to. He still continues to churn out the same infantile propaganda as 10 years ago. Which means that: 1) He knew exactly what he was doing 2) This is precisely the social development he hoped for”, another one chimed in.

​Earlier this year, a heavy explosive charge was placed barely 60 centimetres from the main entrance to Danish Tax Authority. Within a week, two Swedes were charged in absentia, because it turned out that the explosives had been smuggled in from Sweden.

“It should not be possible to travel from Sweden to Denmark and place dynamite in Copenhagen”, Danish Prime Minister Mette Fredriksen said.

Meanwhile, Malmö, Sweden's third-largest city and part of the twin-country Øresund Region opposite Copenhagen, has seen an alarming spree of explosions and shootings tied to mobster infighting and gangland crime. Following the killing of a 15-year-old boy in a street shootout, tycoon Bert Karlsson, who runs a YouTube channel, called the condutions in Malmö, Sweden's face to the outside world, catastrophic. To remedy them he called for extreme measures.

“Send in the military there, and shut down the whole city”, Bert Karlsson suggested. “There must be an end. Only the military applies now. This is not right. You hardly dare to go home”, he said in a video recorded from Tenerife.

During Reinfeldt's tenure, which was marked by his trademark “Open your hearts” speech, where he called on Swedes to embrace mass immigration, the Moderate Party (previously known as the Right and sometimes referred to as the Conservatives) moved to the centre and embraced multiculturalism.