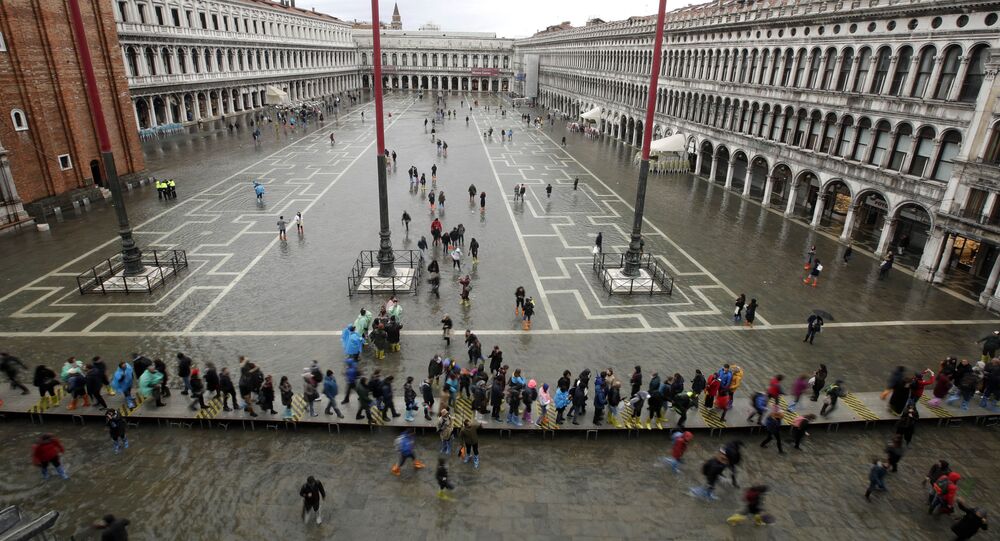 Venice Hit by Worst Flood in 50 Years, Mayor Says State of Emergency to Be Declared

A six-foot high tide, a local tide monitoring centre says, is running through the historic Italian city of canals. A similar one of nearly the same scale was recorded in 1966.

Venice was inundated with the heaviest floods to hit the city in more than 50 years beginning late Tuesday, with tourists seeking shelter along the streets and St. Mark's Square gradually turning into a lake.

According to local media, a 78-year-old citizen was killed by electric shock as the water ran into his house.

Venice's mayor Luigi Brugnaro said on Friday that he was going to declare a state of emergency at an upcoming press conference.

"It will be a long night", he added. "The fears of a few hours ago are now being replaced by an assessment of the damage done".

"We're currently facing an exceptionally high tide. Everyone has been mobilised to cope with the emergency", Luigi Brugnaro said.

​Tables and chairs are scattered all around in the dark water, with taxi drivers helping people to get out of their cars through the windows.

According to the national weather service, the heavy rains have caused school closings in several southern cities, including Taranto, Brindisi, Pozzallo, Noto, and Matera.

In 2018, Italy struggled with heavy rains and storms that devastated parts of the country, reaching an overall death toll of at least 17 people.