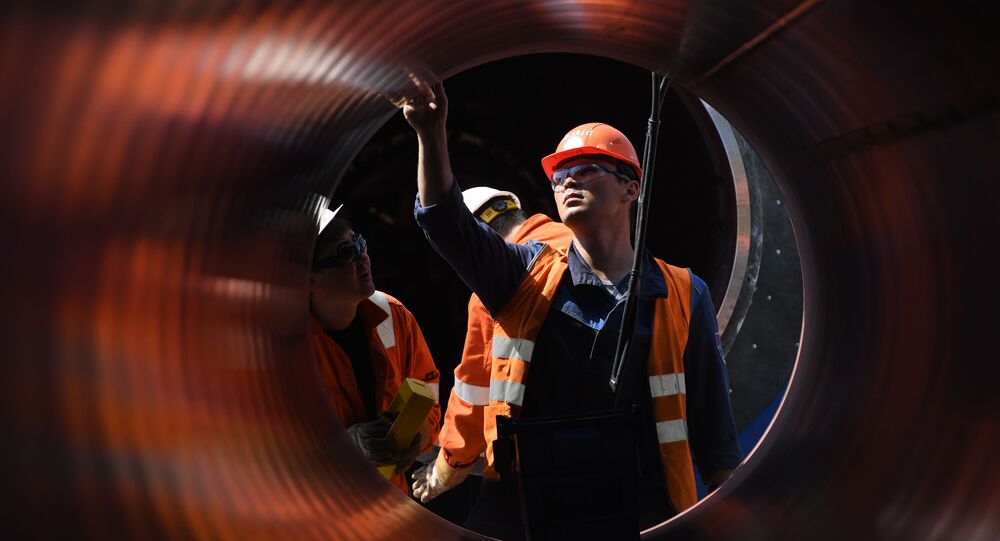 Last month, Denmark, the final holdout refusing to allow the Nord Stream 2 gas pipeline from being built through its Baltic Sea waters, granted its permission allowing the construction of a section of the pipeline along the Danish continental shelf, with Germany, the project’s main European supporter, welcoming the move as “good news.”

Polish Prime Minister Mateusz Morawiecki has voiced his ‘frustration’ over his fellow European allies’ support for the construction of the Nord Stream 2 gas pipeline, suggesting that the money the pipeline will earn Moscow could fuel the “Russian bear’s” war machine.

“As some people bluntly say, Nord Stream 2 is paying with our European money for Russian weapons and Russian armour,” Morawiecki complained, speaking to the Financial Times in an interview.

Citing the involvement of major European companies including France’s ENGIE in the project, Morawiecki said it was “really frustrating” to Poland “when we see such a project having such support from key members states of the EU.”

In the interview, Morawiecki also responded to what he said were French President Emmanuel Macron’s “dangerous” claims that NATO had turned into a ‘braindead’ entity due to the lack of US leadership. According to the Polish prime minister, NATO remains “the most important alliance in the world when it comes to preserving freedom and peace,” and protects Poland and Europe from an “aggressive” Russia.

Construction Back on Track

Poland has been one of Europe’s loudest critics of Nord Stream 2. The project, a joint venture between Russian gas giant Gazprom and five Western European energy companies, including France’s ENGIE, Austria’s OMV, the UK-Dutch Royal Dutch Shell, and Germany’s Uniper and Wintershall passes through the territorial waters or exclusive economic zones of Denmark, Finland, Germany, Russia and Sweden along the Baltic Sea floor.

Once completed, the 1,230 km pipeline will double Nord Stream’s existing capacity to deliver gas to Europe, from 55 to 110 billion cubic meters per year, and turn energy-hungry Germany into a gas hub. Looking to sell its own, more expensive liquefied natural gas (LNG) to Europe, the United States and its Polish, Baltic and Ukrainian allies have sought to stop Nord Stream 2, with the Trump administration threatening to slap sanctions on European companies involved in the project. Washington insists its threats are really aimed at “protecting” Germany and Europe from becoming overly reliant on Russian energy supplies.

Last month, Denmark approved the final hurdle in Nord Stream 2’s construction, granting permission for a section of the pipeline to be built in its waters. However, last week, Germany’s parliament failed to pass a crucial bill to amend the European Gas Directive. The European Commission amended the directive in April, stipulating that a third nation like Russia cannot own both the pipeline and gas imported into the EU unless the pipeline was built before May 23, 2019.  Berlin, which has championed the project as a major boon to its energy security, has advocated to push the deadline back.

Last month, Gazprom reported that 83 percent of the 1,230 km pipeline had been completed, with the project expected to be completed by the end of 2019.