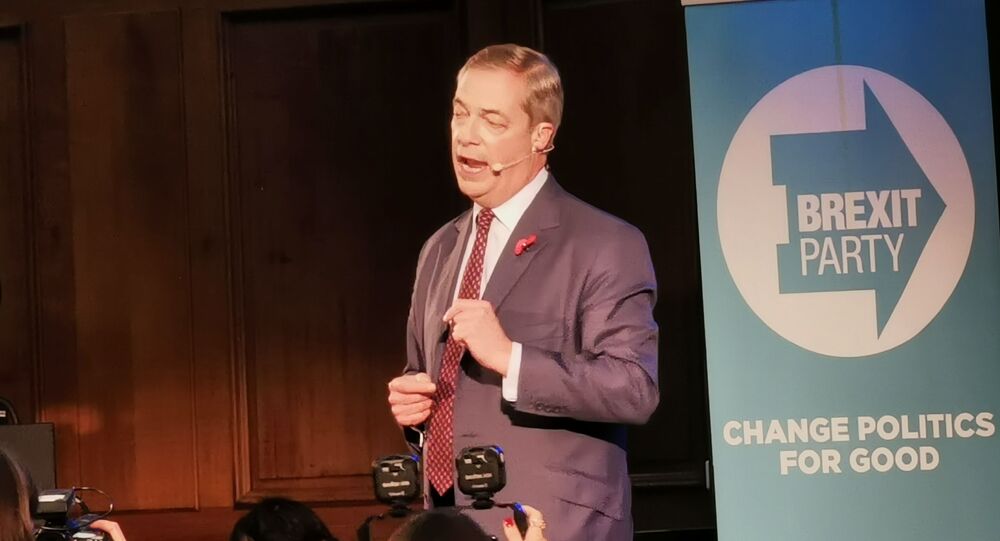 Addressing the criticism directed at their candidate for the Brighton Kemptown seat, the Brexit Party stated that they’re happy to stand behind him, but probably not his taste in music.

As the UK general election looms on the horizon, the Brexit Party has recently voiced its support for one of their candidates who got called out over his membership of a heavy metal band inspired by the Luftwaffe – the aerial branch of the Nazi German military during World War II.

According to the Independent, the candidate in question, Dr Graham Cushway is an army veteran who also holds a doctorate in history, and who is also a guitarist for a band called Stuka Squadron which touts itself as "the greatest metal act consisting entirely of undead pilots of the Luftwaffe the world has ever seen" and "vampire warriors who have fought through the ages on innumerable battlefields."

And as Cushway now vies for the Brighton Kemptown seat, his rival from the Labour Party named Lloyd Russell-Moyle has apparently targeted Graham’s band membership.

"Graham says to me that it was a parody but I don’t find it funny and I don’t think voters will either," Lloyd said as quoted by Metro. "Yet again the Brexit Party selects someone with a dodgy past and he now should be considering his position."

A UK-based advocacy group called Hope Not Hate also reportedly called the fact that the Brexit Party might consider a person who dresses as a "Nazi vampire" suitable for political office "revolting", and urged voters to "show the dangerous and divisive Brexit Party the back door on election day."

"Whatever the excuses Cushway might make, wearing the insignia of the SS, the Nazi paramilitaries instrumental in the Holocaust, is revolting", the group said in a statement. "Again and again in this election candidates in Nigel Farage’s Brexit Party are found to have awful views and awful judgement as well as awful politics."

A spokesman for the Brexit Party, however, insisted that Cushway fought in both Iraq and Afghanistan, and that “to suggest that he is in any way associated with that which people are trying to associate him with is just silly.”

"You have to draw a distinction between art and life", the spokesman said, commenting on the band’s aesthetics. "The Brexit Party is happy to stand behind Dr Cushway and his candidature – though maybe not his taste in music."

And earlier this month, the Stuka Squadron itself said in a statement posted on Facebook that their band is, and always was, merely an act.

"The band is not intended to convey any political message. There is no political agenda and the band members have always represented a cross-section of political opinion", the statement said. "No band member has ever been affiliated to any extreme right or left wing movement, has or had any interest in or sympathy for extreme politics."