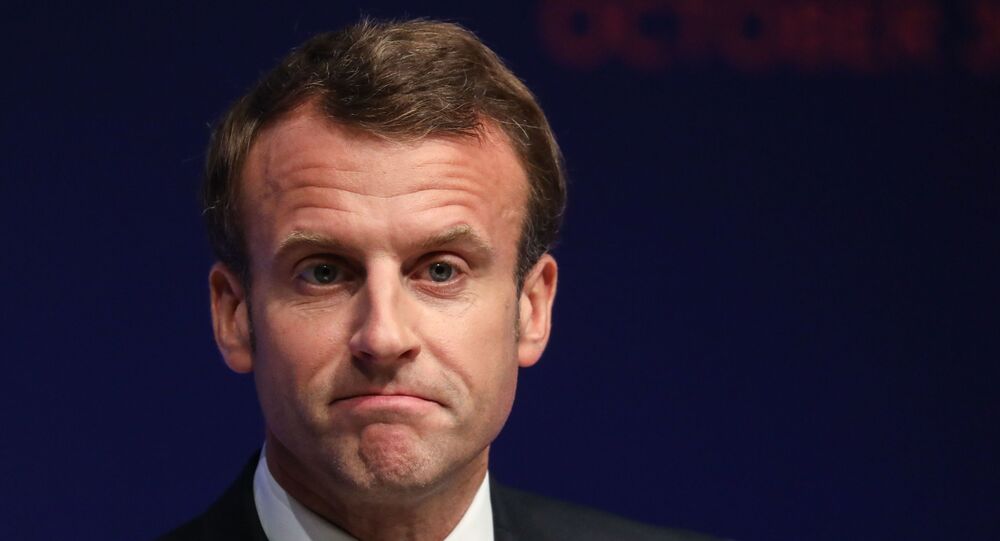 MOSCOW (Sputnik) - French President Emmanuel Macron is set to visit Germany on Sunday to join events marking the 30th anniversary of the fall of the Berlin Wall, with the trip coming days after the two EU allies disagreed in their assessments of NATO.

Afterward, the sides will attend a lunch with those who eyewitnessed the November 9, 1989, events when the wall that used to separate Berlin into two parts since 1961 was demolished.

According to the French presidency, quoted by the Figaro newspaper, the events will be an occasion to "jointly reflect on the legacy of the year of 1989 and the meaning of the European project in context of the special importance of the Franco-German couple."

The visit, meanwhile, follows Macron’s interview with The Economist, in which he said that NATO was experiencing "brain death" since the US was no longer leading the alliance.

Merkel has said that she does not share this harsh stand, noting that Macron found a "rather drastic" word to express his views.