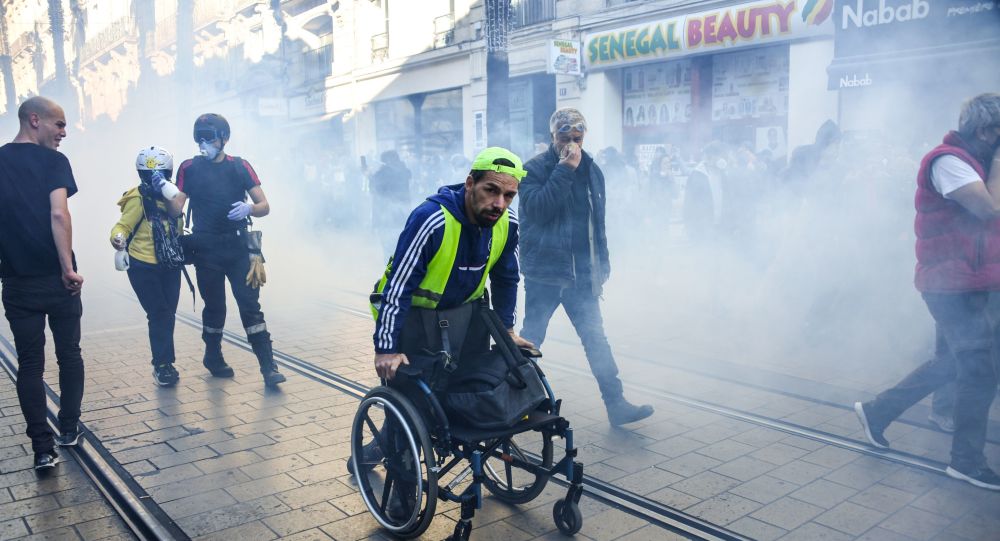 The riots hit the streets of Montpellier just a week before the first anniversary of the beginning of the Yellow Vests movement. The latest protests mark the 52nd week of the demonstrations since their onset on 17 November 2018.

At least six people were injured and twelve people were detained on Saturday, 9 November, as the Act 52 of Yellow Vests demonstrations in Montpellier, France turned violent due to clashes between the rioters and the police who deployed tear gas to disperse the crowd, local authorities told AFP.

Between 600 to 700 yellow vests gathered to take part in protests on Saturday. However, many protesters later left the protests.

At least seven people have been held in custody for acts of violence and rebellion.

​The wave of mass rallies began in France in November 2018, after the government announced new fuel tax hikes. While the authorities cancelled the move and introduced other measures to improve the situation, the yellow vests movement continues to take to the streets across the country every weekend.