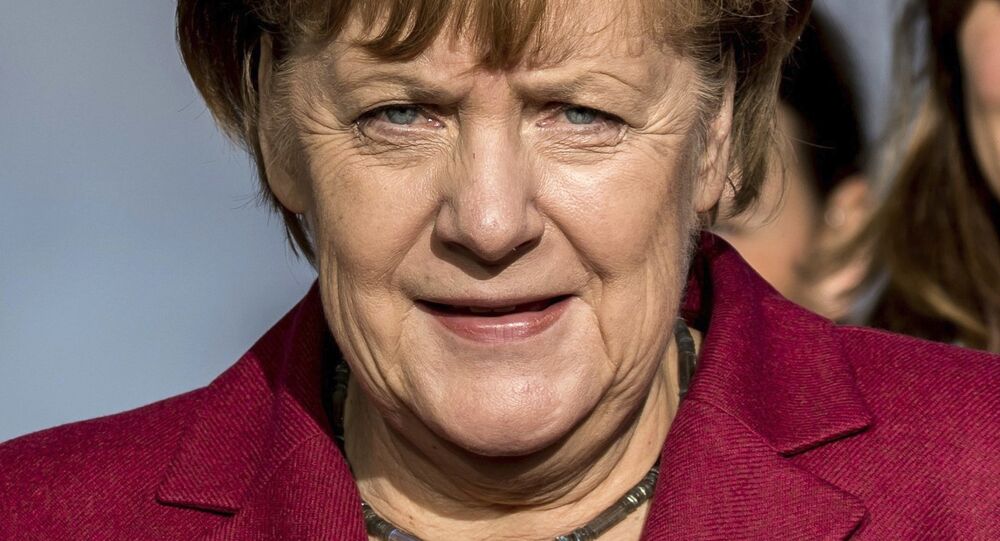 'Things One Couldn't Influence': Merkel Reveals What Living in East Germany Was Like

The Berlin Wall was erected in 1961 and separated the country until 1989, serving as one of the symbols of the Cold War in Europe.

As Germany celebrates the 30th anniversary of the fall of the Berlin Wall, Chancellor Angela Merkel, who grew up in East Germany, offered some insights into life on the eastern side of the wall before that fateful event.

During an interview with Sueddeutsche Zeitung, the chancellor mused about East Germany’s adjustment to the reunification, noting that "the efforts of freedom, to have to decide everything, have to be learned."

"Life in the GDR was sometimes almost comfortable in a certain way, because there were some things one simply couldn’t influence," Merkel remarked.

She also lamented that Western Germany apparently had a “rather stereotypical notion” of the East, with plenty of people having "a hard time understanding that there was a difference between the GDR state and the individual life of the GDR citizens."

"I’ve been asked if you could be happy in the GDR, and if you could laugh. Yes, and myself and many others attached great importance to being able to look (ourselves) in the mirror each day, but we made compromises," she said. "Many people didn’t want to escape every day or get imprisoned. This feeling is difficult to convey".

The Berlin Wall, which became one of the symbols of the Cold War in Europe, was built in 1961 and separated Germany until 1989, a year prior to the reunification of the country’s eastern and western states.

The demolition of the wall officially began on 13 June 1990 and was completed in November 1991.