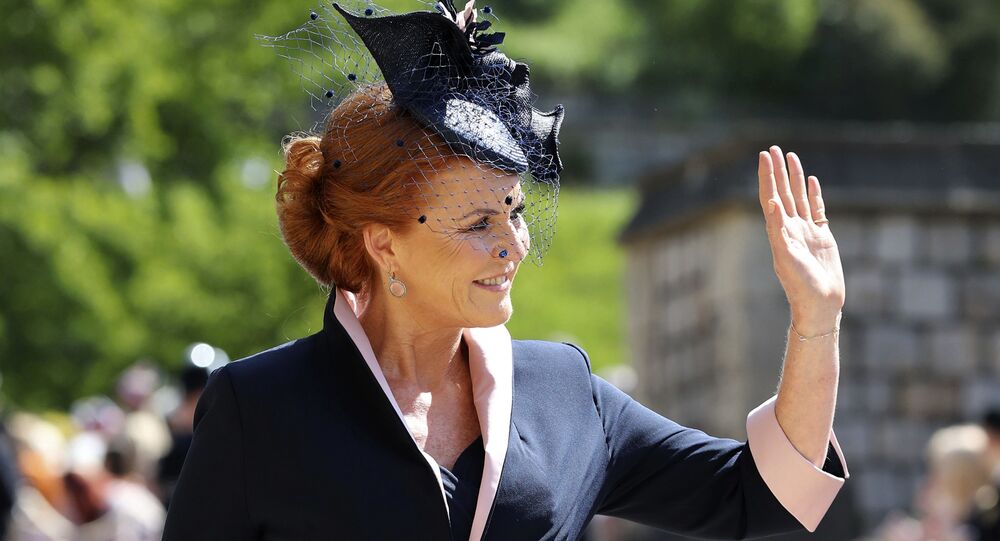 In October, less than a week away from her 60th birthday, Sarah Ferguson, the Duchess of York, confessed to having had a series of procedures at the Harley Street London clinic from doctor Gabriela Mercik, who offers a six-dimensional ultimate laser treatment facelift.

Photos of the Duchess of Cambridge have been used to promote a Harley Street cosmetic clinic that the Duchess of York, Sarah Ferguson, frequents, reported the Mirror.

The outlet cites royal sources as suggesting Buckingham Palace would be dismayed that old photos of Kate Middleton, 37, were misused in promotional posts on Instagram.

In the first, taken at Wimbledon in 2014, the Duchess of Cambridge is wearing very little make-up and in the second, taken two years earlier at an evening do, she has a glamorous evening look.

In broken English alongside the photos was the caption:

“Imagination of natural look. We are doing procedures that you look like fresh you.”

“What is so blatantly awful in using these images is that prospective clients may be inclined to think that Kate has had a laser facelift or other treatment from this company when she most certainly has not”.

“This appears to be a very ill-thought-out campaign by one of the many, many skin doctors that set themselves up in Harley Street. This is another episode in the daily life of the Yorks, I’m afraid.”

In October, Sarah Ferguson, the Duchess of York, confessed to having had Botox and two types of facelift and stem cell therapy at the Central London clinic.

Sarah Ferguson confirms she has had considerable cosmetic surgery including different forms of facelift. The Duchess of York has two daughters with Prince Andrew, Princess Beatrice and Princess Eugenie. #cosmeticsurgey https://t.co/FRd1lHqfst pic.twitter.com/b3G2W2sVFf

​This week the Duchess made a video tribute about its services, lauding the procedures she received from “her loyal friend” Polish-born doctor Gabriela Mercik, comparing them to “a wonderful embrace of velvet.”

The prices for the 6D laser lift at the clinic are believed to start at £3,750, which the Duchess of York reportedly pays for “at Dr Gabriela’s discretion”.

The Mirror quotes Dickie Arbiter, the Queen’s communications secretary for 12 years until 2000, as saying:

“This is just another embarrassing example of Sarah Ferguson’s association with the royal family. Her questionable activities are largely ignored. But questions do remain over whether she is using her royal connections to profit either financially or indeed through getting free treatment at such an establishment."

“She is not a member of the Royal Family, she ceased to be that in 1996, and since then she has been using all sorts of ways to make money. As a private individual she is free to do whatever she wants but it is wholly wrong of the clinic to use images of the Duchess of Cambridge to promote the business, which will no doubt cause alarm in the Palace and they will want the image removed.”

A spokesman for the Duchess of York who also acts for the London clinic confirmed that Ferguson and Dr Gabriela “had worked together and were firm friends.”

Once alerted to the images of Kate Middleton, he responded:

“There was no intention to cause any offence and the post including images of the Duchess of Cambridge will be removed from our Instagram page.”