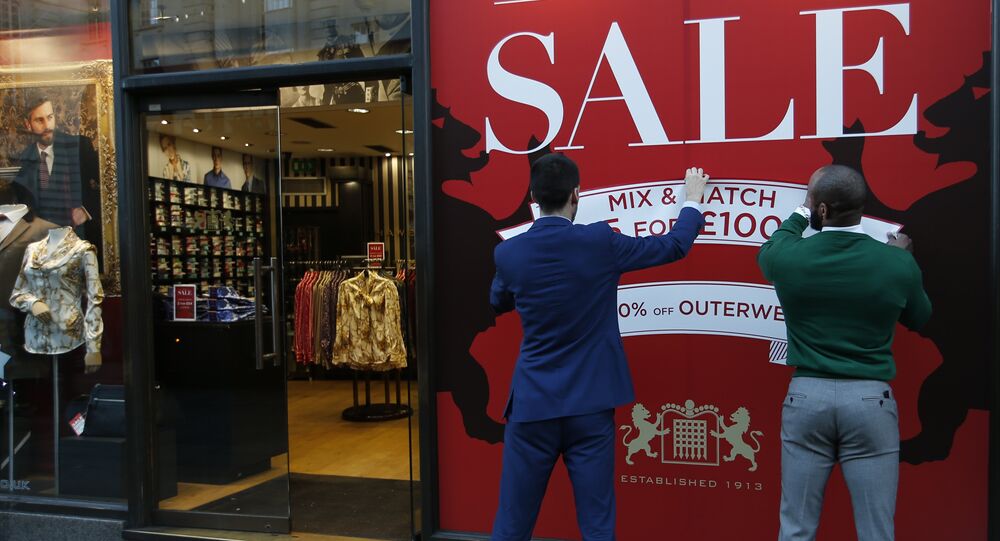 Shoppers have become much less enthusiastic about buying things, with High Street sales plummeting in the last week of October amid the progressing talks on the Brexit deal and December snap vote, the figures arrived at by the BDO Hight Street Sales Tracker and cited by The Independent suggest.

Retailers appeared to be failing to halt further dips despite seasonal discounts and early promotion ushering in a “perfect storm” during the important Christmas shopping period.

Total sales went up by a mere 0.7% failing to mitigate the negative figure of minus 2% last October as customers became “increasingly sensitive to the political chaos” in today’s Britain.

“Consumers were delivered a double blow of yet another Brexit delay combined with news of a General Election during the crucial festive trading period", Sophie Michael, head of retail and wholesale at BDO was cited by The Independent as saying.

She went on to figuratively depict the reality retailers have found themselves in:

“As retailers continue to trade on paper-thin margins, and their pleas for business rates reform remain ignored, they enter the vital Christmas trading period facing a perfect storm of unfavourable conditions", she went on.

In the most recent Brexit developments, MPs opted to dissolve the Parliament, officially announcing it at midnight on Tuesday and shortly thereafter securing the Queen’s approval to hold early parliamentary elections just ahead of Christmas.

The snap vote was decided upon jointly with the Labour Party after Jonhson’s three attempts to call it had been turned down by the opposition, with the prime minister now pinning hope on the time right after the 12 December elections to finally see his current Brexit deal ratified.

For the next month, lawmakers will campaign for re-election to remain in Parliament. According to Electoral Calculus, a site that predicts the results of general elections based on opinion polls, the governing Conservative Party is expected to win the support of 38% of the electorate, with their Labour contenders expected to come second at 31 percent. The Liberal Democrats poll third on 16 percent, while Nigel Farage’s Brexit Party is supported by approximately 10% of voters.