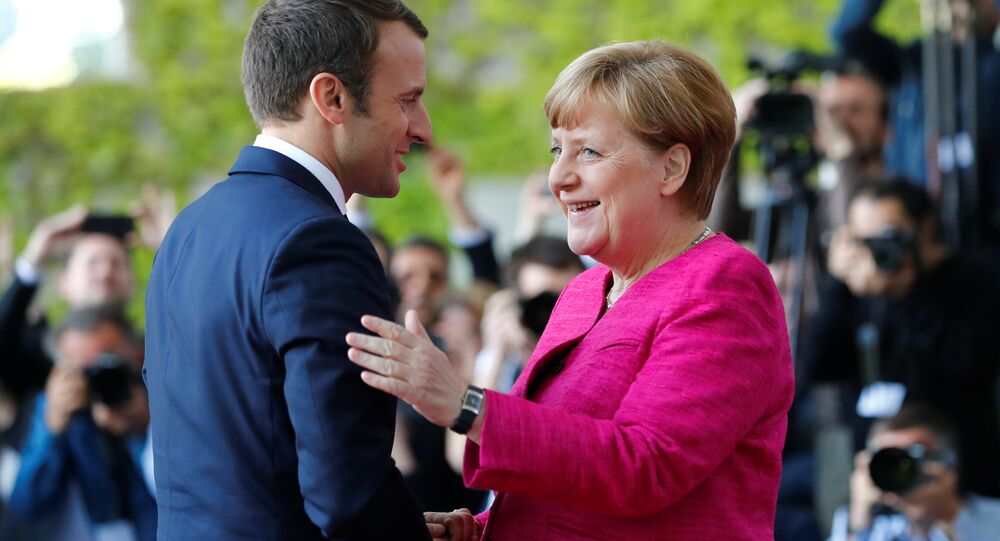 US President Donald Trump in July asked NATO countries to contribute more to the alliance in terms of defence spending, as it is not "fair" that "many countries [are] nowhere close to their 2% commitment" while "the US is paying for 90% of NATO".

The United States is turning its back on the European project, according to the French president. It's time to wake up, Emmanuel Macron told The Economist.

The French president warned fellow European countries that they could no longer rely on the United States to defend North Atlantic Treaty Organisation (NATO) allies, adding that there is no coordination of "strategic decision-making" between the allies.

"None. You have an uncoordinated aggressive action by another NATO ally, Turkey, in an area where our interests are at stake", Macron said in an interview with The Economist, adding "What we are currently experiencing is the brain death of NATO".

“I don't know", he said, "but what will Article Five mean tomorrow?”

NATO, according to Macron, "only works if the guarantor of last resort functions as such".

"I'd argue that we should reassess the reality of what NATO is in light of the commitment of the United States", the French president added.

Merkel has stated that she disagrees with Emmanuel Macron’s stance on NATO.

"NATO remains a cornerstone of our security", Merkel told reporters.

French President Emmanuel Macron "used drastic words, that is not my view of cooperation in NATO", Merkel noted.

"I don't think that such sweeping judgements are necessary, even if we have problems and need to pull together", she added.

NATO Secretary-General Jens Stoltenberg also discarded the French president's comment during a news conference in Berlin adding that the United States and Europe "work together more than we have done for decades".

In November 2018, Emmanuel Macron voiced an idea about creating an European Army for EU member states that could provide the bloc with protection against the United States, China, and Russia.

The French president noted that many powers are trying to "push Europe out of the game", criticising public debate, open democracy, and leading to discord.

In such a world the only true power of Europe is its unity, he concluded.

© AP Photo / Martin Meissner
Merkel: New Germany-France Treaty Step Toward European Army (VIDEO)
Merkel swiftly welcomed the idea, adding that "the times when we could rely on others are over". She, however, stressed that the future EU army would complement NATO and in no way call into question Europe’s ties with the alliance. Meanwhile, EU foreign policy chief Federica Mogherini has said that the European Union opposes it. US President Donald Trump also criticised the concept.

Relations between NATO and the EU were institutionalised in the early 2000s, building on steps taken during the 1990s to promote greater European responsibility in defence matters (NATO-Western European Union cooperation), according to the NATO website.

In July 2018, the two organisations agreed to focus on rapidly developing the areas of military mobility, counter-terrorism, and strengthening resilience to chemical, biological, radiological and nuclear-related risks as well as promoting women, peace and, the security agenda, NATO said.