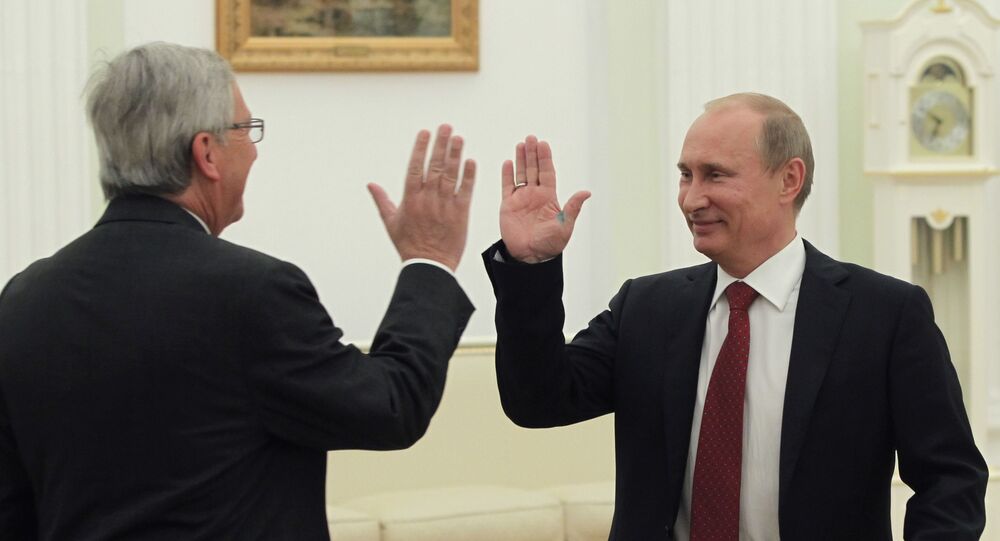 Juncker was supposed to leave his post last Friday, but his successor Ursula von der Leyen missed the deadline after the European Parliament rejected three would-be members of her team.

Jean-Claude Juncker, the outgoing President of the European Commission, has defended his kiss-on-the-cheek, slap-on-the-back greetings with foreign leaders.

“I am who I am,” he said in a wide-ranging interview with the German magazine Der Spiegel published last week. “I sometimes think the worst thing about prison is that you don't experience physical closeness. I can't at all imagine not touching other people or not being touched by other people.”

“My staff sometimes warns me not to hug this or that person,” he added. “But I've been kissed by Erdogan, so I kiss him, too. I kissed Putin and I was kissed by Putin. In either case, it certainly didn’t hurt Europe.”

In the same interview, the 64-year-old Juncker lamented that he didn’t try to rally Britons to vote Remain back in 2016.

“I had many invitations, but [then-British Prime Minister David] Cameron made it clear that he didn't have any use for me. The European Commission is even less popular in Britain than it is on the Continent,” he explained.

“Looking at it today, I think that was a big mistake. So many lies were told, including by current Prime Minister Boris Johnson, that there needed to be a voice to counter them.”

While praising the Paris climate agreement and other long-term environmental strategies, the former EU executive said: “I really like young people getting involved, but I am also not naive. Much of what is being presented there in such sentimental terms is not so easy to achieve in reality. Classical industry must continue to have a home in Europe.”

On winning over Donald Trump

Juncker recounted how he managed to win Donald Trump’s respect. Assertiveness was the key, he revealed:

“In Washington, Trump told me about all the people from Europe who had already been to the Oval Office before me — the chancellor, presidents, prime ministers. And I told him: They are all important, but you spoke to the wrong people. The European Commission is responsible for trade policy, not the member states. That impressed him.”

He once told Trump that the Luxembourg American Cemetery and Memorial – administered by the US government – is an “American territory.”

“That touched Trump deeply. These are the kinds of small things that can open hearts.”

A delay to the start of a new EU Commission

Juncker, who served as the prime minister of Luxembourg for 18 years before heading the European Union’s executive arm, was expected to step down on Friday, 1 November, at the end of his five-year term. His successor is Ursula von der Leyen, Germany’s former defence minister.

However, the commission president-select faced a delay taking office after European MEPs rejected France’s pick as next European commissioner, Sylvie Goulard, over a 2017 fake jobs scandal and her past high-paid work for an American think-tank.

The European Parliament had earlier also snubbed Hungarian and Romanian choices for the Commission over allegations of corruption.

Juncker is to undergo an aneurysm surgery on 11 November. The vetting process for von der Leyen’s team is still underway, and is complicated by political uncertainty in Romania, where a two-round presidential election will take place this month.