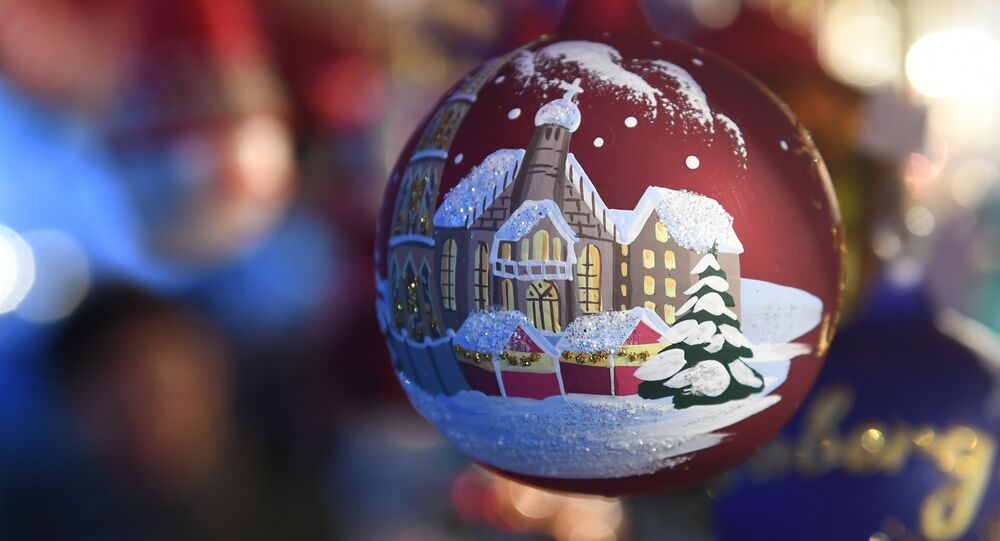 In German-speaking parts of Europe, the so-called Christ Child takes Santa’s place as the children’s gift-giver. For the next two years, the world-famous Christmas Market in Nuremberg will be opened by a girl with Indian roots.

Nuremberg authorities have thrown their weight behind the 17-year-old girl who was criticised by local right-wing politicians for her newly-assumed role as the symbol of the Christmas Market.

Benigna Munsi, 17, was born in Nuremberg to an Indian father and German mother. Last Wednesday, a jury chose her to be the Christkind, or Christ Child.

The Nuremberg Christkind, traditionally played by a young woman, is selected every two years and is tasked with opening Nuremberg’s landmark Christmas Market, which attracts around two million visitors every year.

This role also implies charitable duties and visits to kindergartens, schools, hospitals, and nursing homes. The Christkind also acts as the city’s ambassador when visiting Christmas markets elsewhere in Germany and Europe.

Munsi is the first mixed-race Christ Child in Nuremberg’s history, and the local branch of the anti-immigrant Alternative for Germany party wasn’t happy.

“Nuremberg has a new Christ Child. One day, we’re going to go the way of the Indians,” the group said in a comment posted to Facebook, according to the DPA news agency — apparently suggesting that Germans were being eliminated in the same way as Native Americans.

The AfD has since deleted the post and apologised for it, the report says.

Speaking to reporters on Sunday, Mayor of Nuremberg Ulrich Maly of the Social Democratic Party voiced his support for Munsi and said the comments bore “an openly racist connotation.”

“You would laugh about it if you didn't know these guys are serious, but you could cry about this level of misanthropy,” he said.

Munsi also appeared at the press conference and said she had been getting positive reactions as well. “I am surprised by the positive responses I have received,” she remarked. “They say, ‘Cheer up, not all people are so negative — we’re behind you.’ I was very happy about that.”