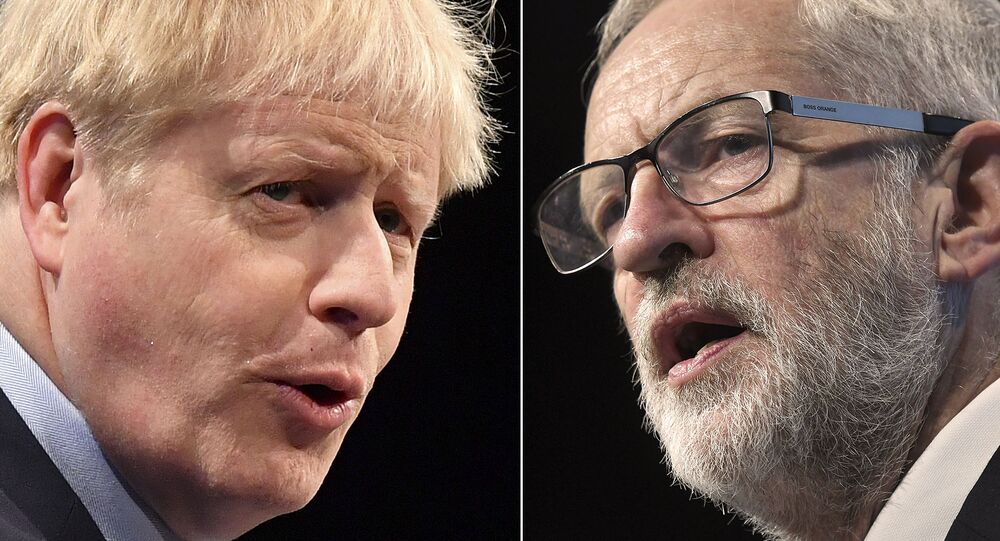 The lawmaker has been accused of sexually assaulting men in a Parliament bar on two occasions: in last October and this February. He denies he did anything wrong in both cases, and believes it is a calculated political hit.

Scottish Conservative MP Ross Thomson is dramatically standing down as a candidate in the 12 December general election over allegations that he groped a Labour MP in a bar last year.

Thomson, who denies all wrongdoing, said it was “without doubt the hardest decision” he’s ever made.

“I remain confident that the ongoing parliamentary standards process will find in my favour, and that these baseless claims will be shown up for what they are,” the Aberdeen South MP added.

It comes after Paul Sweeney, Labour MP for Glasgow North East, told the Mail on Sunday that Thomson had groped him at a bar in the Palace of Westminster in October 2018.

A drunk Thomson allegedly fondled Sweeney’s private parts through his clothes and tried to thrust his hands down the front of his trousers.

“I felt paralysed. It was just such a shocking thing. I was in a cold sweat, it was mortifying,” Sweeney recounted, adding he'd decided not to put up a fight because he didn’t want publicity.

He tweeted: “It think it is telling that Mr Sweeney has chosen this moment, just days out from the beginning of a general election campaign, to abandon the confidential investigation process and take his smear campaign to The Mail on Sunday.”

My response to Paul Sweeney’s malicious allegations in the Mail on Sunday today👇🏼 pic.twitter.com/hhzdUx4zwI

A spokesman for Sweeney said the Labour MP made his allegations after reading about similar but separate claims in February this year. Back then, Thomson was reportedly removed from the same bar for “groping young men”.

“Many people watched on in disgust and I saw someone pull him to one side to ask him to leave,” an eyewitness told Guido Fawkes at the time. “He returned around four times after being chaperoned out and carried on groping people. It became so unpleasant that the police had been called and eventually escorted him out of the bar after taking statements in the corridor.”

Police had attended the bar that night but no arrests were made. The Tory MP denied the groping claims and referred himself to a Conservative Party disciplinary watchdog. The investigation is still underway.

Thomson, an avid Brexit supporter, took Aberdeen South from the Scottish National Party with a majority of 4,752, becoming the first Tory MP elected for that constituency in 25 years.

The deadline for candidate nominations is 14 November, which gives the Tories just 10 days to name his successor candidate.