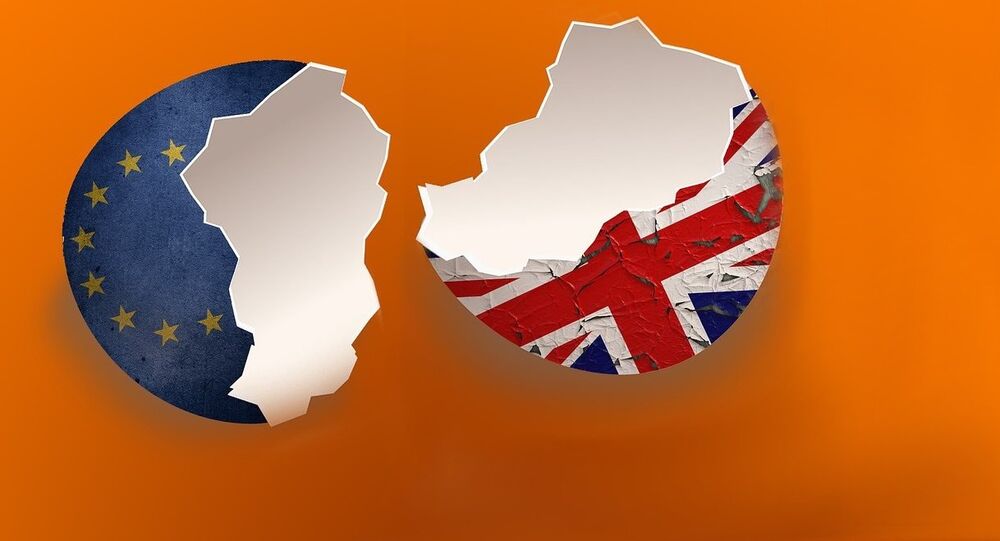 Last month, Jeremy Corbyn confirmed that he would “immediately legislate” for a second referendum on the Brexit withdrawal agreement in the event that his Labour Party wins power in an upcoming election in the UK.

In an interview with The Guardian on Sunday, UK Labour Party leader Jeremy Corbyn stated that he had unilaterally made a decision to support London’s drive to hold the 12 December general election, adding that he told his shadow cabinet dissenters that discussions on Brexit are over.

“I just said, ‘look, this debate is now over. We’ve done it, the party has now made its decision, and that’s it; and that’s what we’re going to campaign on’,” he said, referring to last week’s shadow cabinet meeting.

“I put it to them quite clearly: I said, our objections are now gone. We are now supporting a general election – and everybody gulped. I didn’t alert anybody in advance – it was my decision. On my own. I made that decision. And they gulped, and said, Yes Jeremy,” Corbyn added.

According to him, the election is all about “the future of this country, the environment and the cohesion of society”.

“We can’t go on with austerity, poverty, inequality and injustice. We need a government that’s committed to reversing that. And we are the ones to do that,” Corbyn underscored, adding that he will defy possible attacks on him by Johnson supporters.

“I’ve had lots of mud thrown at me for a long time, and it doesn’t stick. I don’t care. I know what I believe, I know what we’re doing, I know what our policies are. If they throw personal stuff at me, it says more about them than me. They go low, we go high,” he pointed out.

Corbyn also made it clear that he will refrain from launching attacks on Johnson because “doing personal doesn’t work”.

PM Johnson Warns not to Back Labour Party

The interview came as Johnson urged Britons to vote for Conservative during the forthcoming elections and get Brexit done or otherwise get Jeremy Corbyn.

“The risk of voting for any other party — and I’m afraid it is ANY other party — is you just get Jeremy Corbyn and the Labour Party or a chaotic coalition led by Corbyn,” he told the Sun.

Johnson claimed that Corbyn offers an outdated vision for Britain, described the Labour leader as a “fossil” coming from “the Marianas Trench of politics”.

Earlier, the Labour Party officially launched its campaign for the 12 December general election, with Corbyn lambasting the US President and the current British government's relationship with him and claiming that “Donald Trump is trying to interfere in Britain’s election to get his friend Boris Johnson elected”.

The remarks came after Corbyn confirmed last month his push for a second referendum, also known as a “people’s vote”, saying that “after three years of Tory failure, it’s time to take the decision out of the hands of politicians and let the people have the final say”.

“Within three months of coming to power, a Labour government will secure a sensible deal, based on the terms we have long advocated and discussed with the EU, trade unions and businesses, including a new customs union, a close single market relationship and guarantees of rights and protections,” he noted .

The comments come amid reports of serious splits within the Labour Party leadership over the issue of Brexit and a General Election.

Shadow Foreign Secretary Emily Thornberry, for her part, expressed "concerns" over the election becoming a "quasi-referendum, that it would be all about in or out, what kind of deal”, which is why she said she “can see the sense in trying to have a referendum first”.

Labour's Deputy Leader Tom Watson insists that the party should support a second referendum before a General Election, in contrast to Labour's official position.

The snap general election was approved by the UK Parliament's House of Commons early last week, a day after Brussels approved another deadline extension for the UK, giving the country until 31 January 2020 to ratify the Brexit deal negotiated by Johnson.