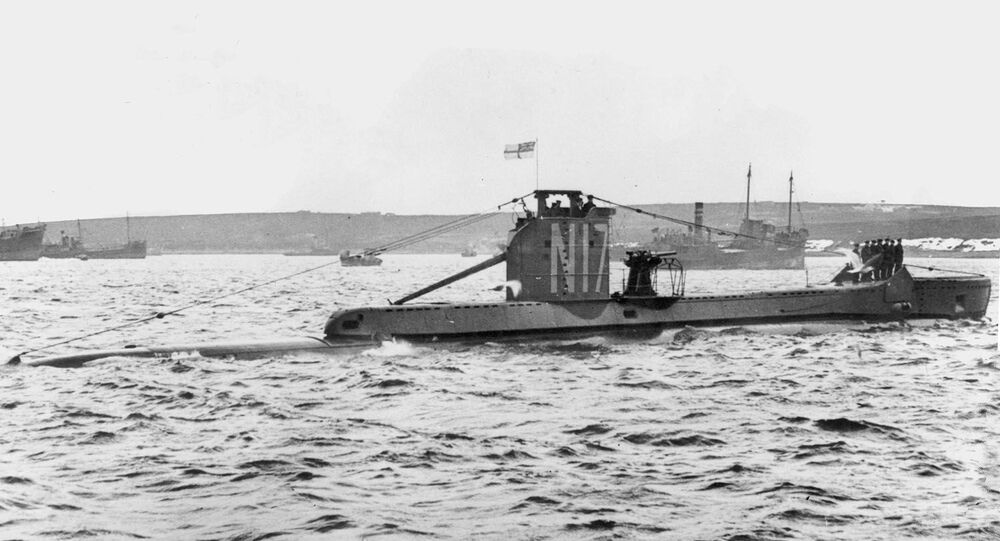 The HMS Urge, a British U-class submarine previously missing for 77 years, has been located off the coast of Malta by a team of researchers, according to the UK Ministry of Defense.

The UK’s Royal Navy (RN) announced Thursday that a decades-old WWII mystery had been put to rest after Canadian naval researcher Platon Alexiades, University of Malta Classics and Archaeology Professor Timmy Gambin and a team of students accompanied by Francis Dickinson, the grandson of the Urge’s commanding officer, worked in tandem with British historians and confirmed the sub had been located at the bottom of the Mediterranean Sea.

“Sitting defiantly upright on the seabed of the Mediterranean more than 400 feet down, her bow buried in the ocean floor, her deck gun facing forward, her hull encrusted with marine life, this is the last resting place of 44 souls,” the RN release read.

For the past two decades, research teams from the University of Malta have been surveying the seas around the archipelago to find the submarine. However, researchers did not extensively scour the area in question until Dickinson requested they do so this past summer.

Gambin, the leader of the university’s research mission, told Malta's Public Broadcasting Station (PBS) that his team was able to locate a figure that resembled a submarine at a depth of approximately 425 feet (130 meters). A further search from an unmanned, remote diving vessel confirmed that the object was not only a sub, but had the characteristics of a U-Class sub - aside from a large chunk missing from its bow.

© REUTERS / University of Malta/Project Spur
A graphic illustration compares a picture of a U-Class Submarine to a Sonar (sound navigation and ranging) image of a submarine-like shape at a depth of 130 metres, that marine archaeologists from the University of Malta say is the wreck of British submarine HMS Urge which vanished during World War Two, lying at the bottom of sea off Malta

“The damage to the bow shows a very violent explosion ... indicating that the ship would have sunk very fast giving no chance to anybody to survive from this tragedy,” Gambin explained to PBS, as reported by Reuters. This determination backs up the “original Admiralty estimate,” as the RN noted, which claimed the submarine struck a mine laid by a German E-Boat while still sailing on the sea’s surface.

© REUTERS / University of Malta/Project Spur
The wreck of a submarine, which University of Malta says is Britain's HMS Urge that vanished during World War Two, is seen lying at the bottom of the sea off Malta, in a still image taken from an undated video released on October 31, 2019

Material lifted from the wreckage was eventually sent to the UK Ministry of Defense so it could confirm the vessel found was the Urge.

Another detail that assisted with identifying the submarine was the direction in which it was facing. Even though the Urge belonged to a class of boats intended to be used for training missions, it deployed from Malta for the Egyptian city of Alexandria with 44 individuals (32 crew members, 11 navy personnel and a journalist) aboard on April 27, 1942. The RN noted that the mission was part of a move of the 10th Submarine Flotilla base away from the island to “escape the Axis Powers’ constant bombing of Malta” during WWII.

Though the vessel never made it to northern Africa, its wreckage was positioned facing its intended route.

“My family have always wanted to know where HMS Urge and her gallant crew’s resting place is. Thanks to this project, we now know where and how the submarine was lost after achieving so much,” Dickinson said in the RN announcement.

The results also put to bed a previous suspicion that the submarine may have been located off the Libyan coast in 2015 by a Belgian shipwreck hunter. According to Reuters, the diver, to this day, has been unable to provide substantial evidence to back up his claims.