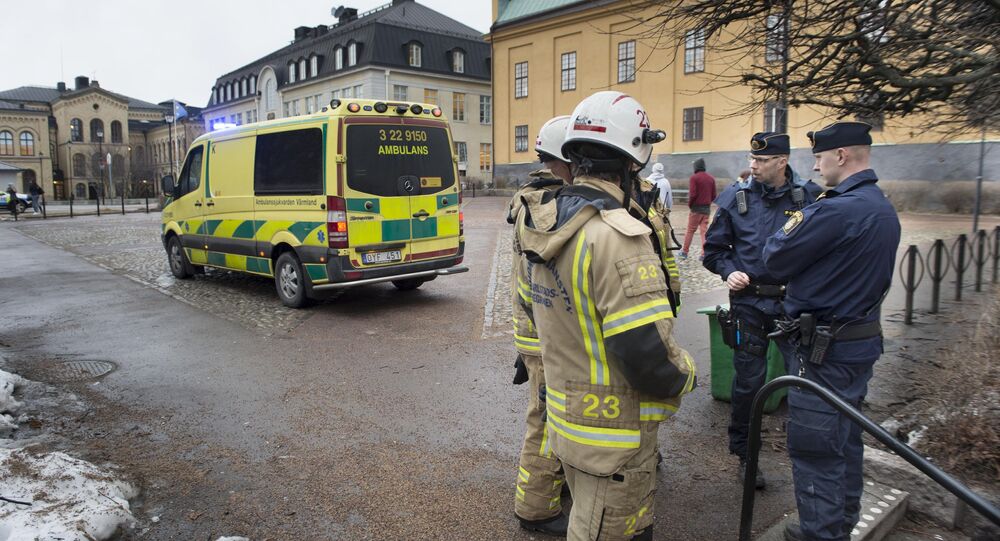 Explosives appear to have become a staple in the arsenal of Swedish gangs. The south of the country alone now experiences one to two explosive attacks each week, making the Scandinavian country an international outlier among developed nations.

The number of bomb attacks in southern Sweden has doubled in less than a year, national broadcaster SVT reported.

Between January and October 2018, there were 34 explosions. In the same period year, there have been 71 blasts. According to National Bomb Protection analyst Ylva Ehrlin, the Swedish figures stand out internationally.

“We are ten million people in Sweden, but for this level of blasts I have not seen any equivalent in any industrialised country”, Ehrlin said in a comment to national broadcaster SVT.

The number of blasts in southern Sweden alone is equivalent to one or two every week. For instance, this week, two heavy bombings occurred in Helsingborg, Skåne County, severely damaging one house.

​While Malmö, which is often touted as Sweden's most multicultural city, accounts for roughly one-third of the country's total explosions, the same upward trend has been seen in Stockholm and Gothenburg. All in all, 28 explosions have occurred in the past two months alone.

“This is an undesirable development. It is very serious, a social problem”, Ehrlin told the daily newspaper Aftonbladet. “In the past there have been shootings, now there are blasts”, she added admitting that Sweden is an outlier. “If you also compare with other countries in Europe and the world that are on the same level of development, we stand out.”

Earlier this year, the blasts were linked to organised crime and gang rivarly in congested city areas.

“Many people suspect that the same groups are engaged in shootings and blasts. It is conceivable that some groups have started using explosives more than they ever did before”, criminologist Manne Gerell at Malmö University told SVT.

Explosions linked to organised crime occur primarily in Stockholm, Gothenburg and Malmö, according to the police.

The number of explosions in Sweden mean that the police bomb squad must grow, the National Bomb Protection chief said earlier this month.

The police are also concerned about the risk that those performing the explosions may injure themselves, which is not uncommon with home-made bombs. In December 2018, an 18-year-old man, whose provenance is not stated, was seriously injured when he tried to detonate a bomb on a staircase in Malmö.

“What is dangerous is that the user of the explosive probably does not possess knowledge of how dangerous this is, how sensitive the substances are,” Ylva Ehrlin explained.

This year, a total of 76 undetonated bombs were detected, in addition to 98 actual explosions.