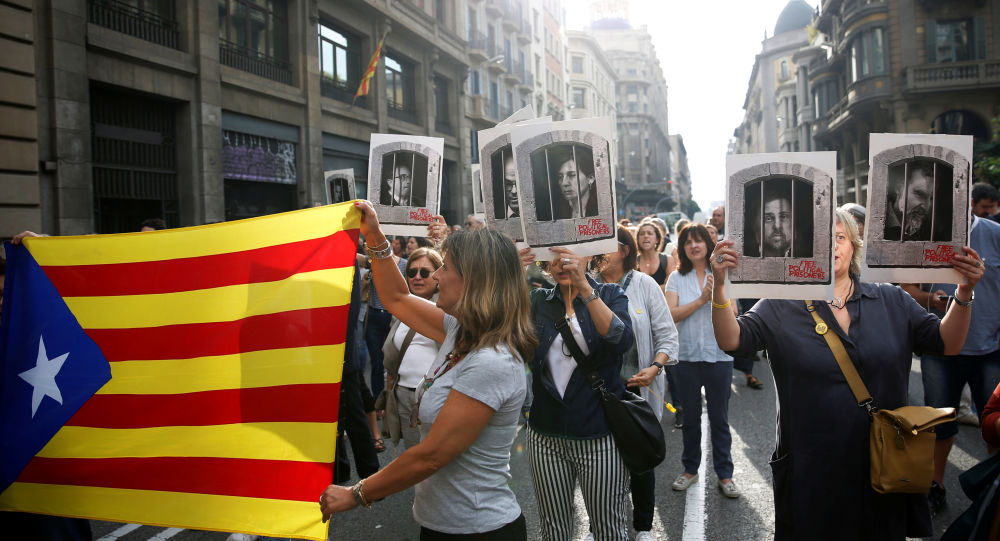 European warrants against the Catalan regional councillors were issued and then dropped following the EU countries' refusal to hand them over after the three took part in a failed independence referendum.

© REUTERS / ALBERT GEA
Supporters of Catalonia's independence sit on a street as they attend a protests over the jailing of Catalan separatist leaders outside Spanish Government offices in Barcelona, Spain, October 21, 2019

However, the Spanish prosecutor's office has again asked Supreme Court Justice Pablo Llarena to issue European warrants for their arrest, according to the ABC newspaper.

Madrid has been pursuing the organisers of the 2017 attempt by the Catalan government to declare independence after a vote showed that a vast majority of Catalans favoured the split from Spain.

The Supreme Court sentenced 12 politicians, who are ex-Catalan leaders, to fines and long jail terms on sedition charges. A separate European arrest warrant is in force for Catalonia's former leader, Carles Puigdemont.