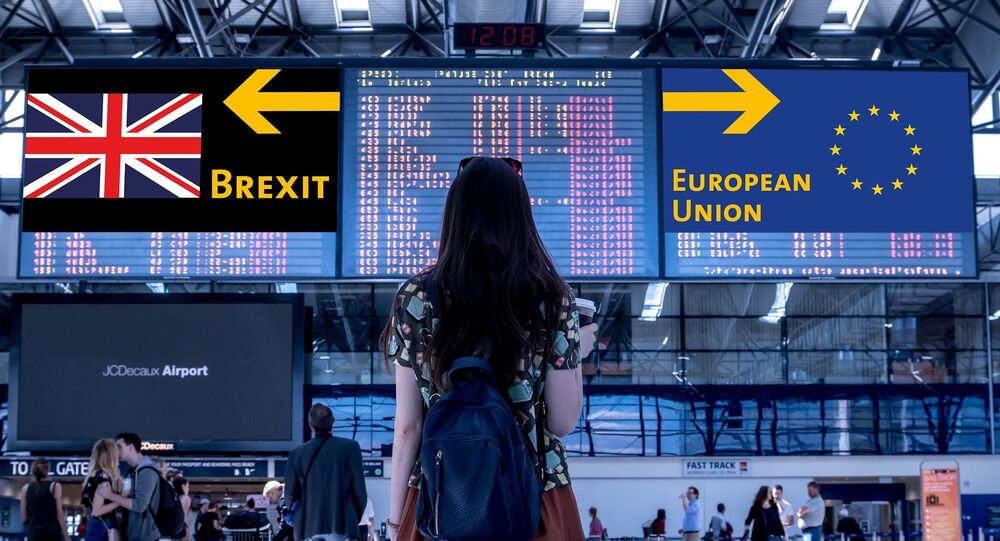 MOSCOW (Sputnik) – The Brexit deal, negotiated by UK Prime Minister Boris Johnson, would cost the country 70 billion pounds (more than $90 billion) annually in comparison to continued EU membership, which is around 1,100 pounds of annual losses per person, the UK National Institute of Economic and Social Research (NIESR) said.

"We estimate that because of both leaving the European Customs union as well as the single market … because of that, in the long run, the effect on the GDP would be some three to four percent … This corresponds in today’s money … to around 70 billion pounds", Arno Hantzsche, the principal economist at NIESR, said during the presentation of the think tank's fresh report on the effects of Brexit, as aired by the organization’s Periscope channel on Wednesday.

The slides presented by Hantzsche showed that the losses corresponded to roughly an annual output of Wales and would cost 1,100 pounds to every UK citizen a year.

The report itself, published by the outlet on Wednesday, estimated that there was a 'significant doubt' about the possibility for the UK and the EU to conclude a Free Trade Agreement (FTA) by early 2021, which would pave the way for continued uncertainty.

Moreover, the bilateral trade is expected to decrease by 40 percent and services trade is estimated to drop by 60 percent as the UK leaves the EU customs union and single market.

The net migration is expected to decrease by 50,000 people annually.

"Foreign direct investment is assumed to be lower by over 20 percent. As a result of reduced EU trade and competition, we assume that productivity would be lower by 1.3 percent in the long run. Leaving the European customs union would also provide the UK with the flexibility to negotiate free trade agreements with the rest of the world", the report detailed.

Various think tanks and government organizations have pointed to the devastating economic effects of Brexit. In May 2018, Governor of the Bank of England Mark Carney said that UK households were about 900 pounds ($1,210) worse off as a result of the 2016 vote to leave the European Union than they were expected to be in case of a "Remain" outcome.

Johnson concluded the renegotiated version of the Brexit deal with the European Union on October 17.

The European Council formally agreed on Tuesday to extend the UK exit process until 31 January 2020 to allow more time for the ratification of Johnson’s contentious bill but stipulated that the UK could leave on 1 December 2019, or 1 January 2020 if it were approved by both parties.