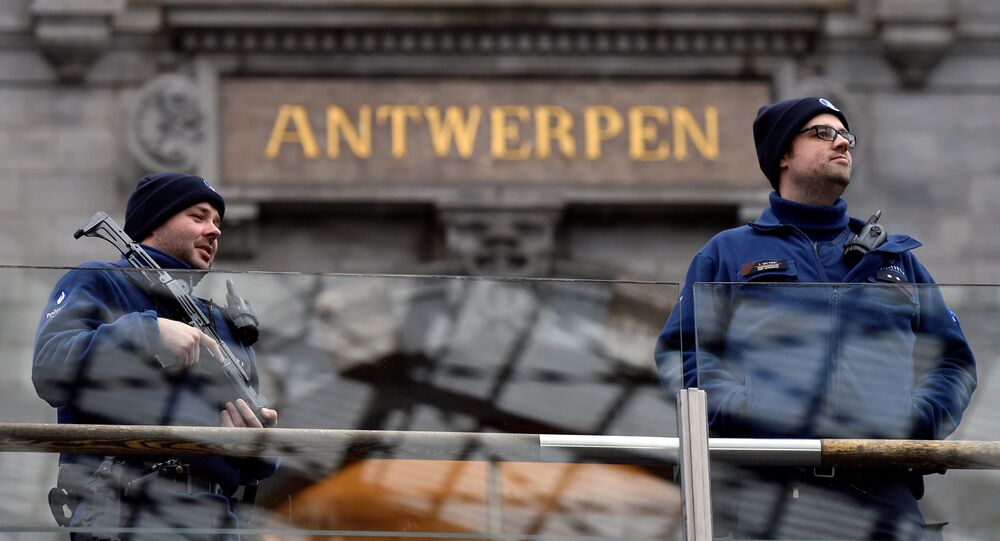 Only last week, in a shocking discovery by British police officials, 39 migrants, from China and Vietnam, were found dead in the lorry refrigerator as they had purportedly violated the migration rules and illegally crossed into the country.

Police have rescued twelve migrants from a refrigerated truck on a motorway car park outside Turnhout near Antwerp, after the driver, who was delivering fruit and vegetables at the time, alerted the law enforcement. The migrants were eleven Syrians and one Sudanese, all of whom were finally turned to the Antwerp Immigration Office.

Several days ago, as many as twenty migrants were found safe and sound in two separate trucks in Belgium on Saturday (Oct 26), per local prosecutors. The truck, en route to the United Kingdom, stopped to deal with a tech ical issue at a garage, when the migrants were spotted.

The issue has drawn particular attention of law enforcement officials since only last week, 39 migrants were found dead in a refrigerated lorry that had crossed to the UK illegally from another Belgian city - Zeebrugge, with the news shaking the whole world and triggering a new debate on illegal migration.

A man from Northern Ireland was subsequently detained by the UK police on suspicion of conspiracy to traffic people and manslaughter after the shocking discovery was made as police checked his truck container on 23 October. The officials pointed out that, most or even perhaps all people had already died by the time their bodies were transferred into the man's truck. Three more suspects were detained, namely on 39 counts of manslaughter and human trafficking, with both Belgian and British authorities pursuing a joint investigation amid increased scrutiny of the criminal case.