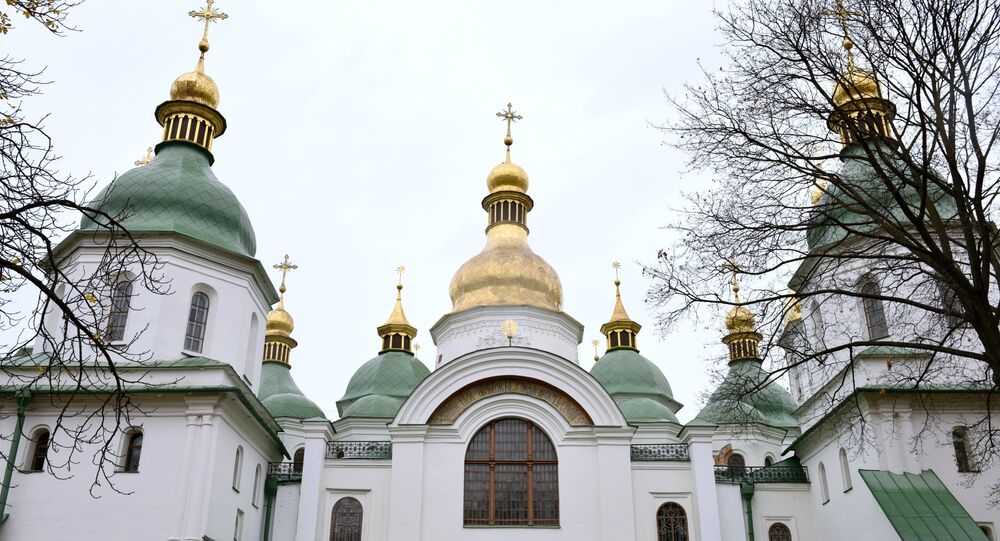 ATHENS (Sputnik) - Archbishop of Athens and All Greece Ieronymos II has officially acknowledged the autocephaly of the so-called the Ukrainian Orthodox Church and sent a letter of congratulations to its self-styled primate Epiphanius, a Greek ecclesiastical source said.

"Ieronymos sent a so-called letter of peace to Epiphanius. It is an official acknowledgement of a new Ukrainian church. On October 21, he sent a letter to Epiphanius, in which he wrote that he acknowledged him officially", the source said.

Not everyone agrees with that, according to him.

"A few metropolitan bishops demand to convene an extraordinary synod and intend to lodge a complaint with the Council of State (the highest legal authority in Greece) as it is illegal", a source added.

The statement comes after the Synod of the Hierarchy of the Church of Greece became the first Orthodox church to recognise on 12 October Constantinople's decision to give the UOC the Tomos of autocephaly. Additionally, the Synod granted Archbishop Ieronymos II the right to make decisions regarding the issue of autocephaly, clearing the way for the Greek church to take the next step and officially recognize the Ukrainian church.

On 6 January, Patriarch Bartholomew of Constantinople handed over the Tomos of autocephaly to the newly established Ukrainian church. The Russian Orthodox Church, along with the Ukrainian Orthodox Church of the Moscow Patriarchate, refused to recognize either occurrence.

The Moscow Patriarchate has described the situation as the "legalization of schism," stressing that it would have catastrophic consequences and affect millions of Christians in Ukraine and other countries.