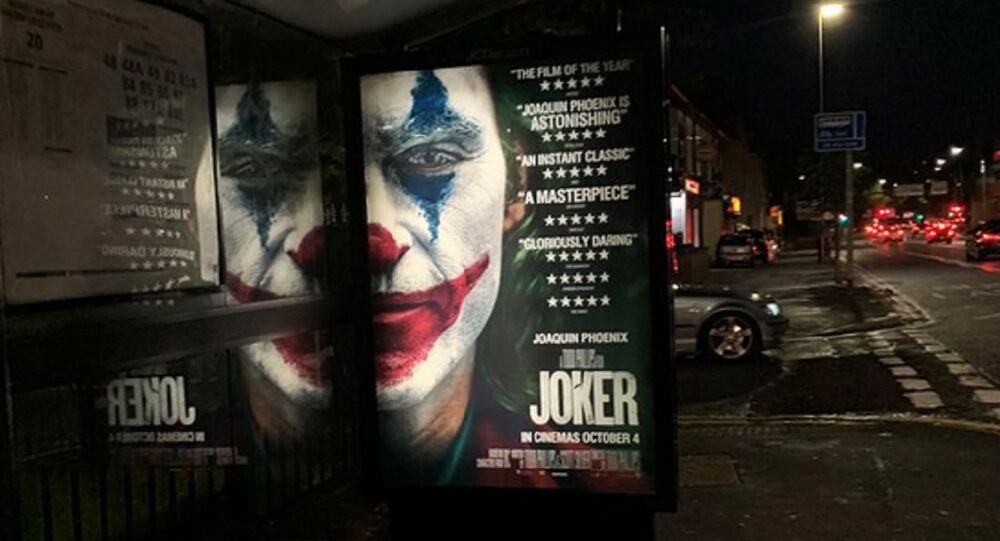 The incident in “Europe’s biggest cinema” has brought back the horrific memories of terror attacks France has witnessed over the past few years. The 2015 Paris massacre, when three groups of terrorists staged assaults in the city and its northern suburbs, leaving 130 dead and hundreds wounded, is considered the worst in France’s history.

Police have detained a man, who allegedly shouted “Allah Akbar” during a screening of the “Joker” at a movie theatre in central Paris, making cinema-goers run out in terror, Le Parisien reports. According to the outlet, citing a source close to the investigation, the man is "a little disturbed”. So the detention was lifted following a behavioral review and he was subsequently admitted to a police psychiatric infirmary.

The incident took place on Sunday at the Grand Rex complex, which claims to be "the biggest cinema in Europe", during an evening showing of the US box office hit about the cartoonish villain, portrayed by Joaquin Phoenix.

As one of the audience members revealed to the French outlet, a guy, accompanied by another man, repeatedly shouted that it was political in the middle of the film. At first, people laughed before some asked him to shut up. Then, he reportedly stood up, putting his hands on his chest, and shouted “Allah Akbar” – a phrase often uttered by Islamist terrorists.

According to the witness, people panicked and cried but the doors were blocked.

Another witness added that the suspect was muttering something in Arabic, while someone wrongly suggested that he had a weapon.

“There was total panic, these are images that I will not forget, people climbed over their seats. Women fell onto the floor, and others who were stepping over them”, one of the shocked moviegoers told the outlet.

The movie theatre has confirmed the incident, saying, however, that the emergency doors were open; that only a few dozen spectators panicked while others stayed to watch the film to the very end. The management also saluted visitors who tried to surround the individual while waiting for the police even though he eventually managed to escape. One witness snatched the man’s jacket with his phone and a pass with his name. The 34-year-old was detained by a police patrol behind the cinema.

As the report points out, apart from dealing with the panic that ensued, some spectators were robbed as perpetrators allegedly took advantage of the situation to search through their bags.

France and Paris, in particular, have witnessed several deadly attacks, committed by Daesh* supporters and radicalised Muslims. The terrorist assaults in the French capital on 13 November 2015 were considered the worst in France’s history.

Three coordinated groups of terrorists staged a series of attacks in Paris and one of the city’s northern suburbs, Saint-Denis, which left 130 dead and over 350 wounded. A series of explosions occurred outside Stade de France, while in northeastern Paris, three gunmen burst into the Bataclan concert hall with approximately 1,500 people inside, opening fire and taking some of the audience members hostage.