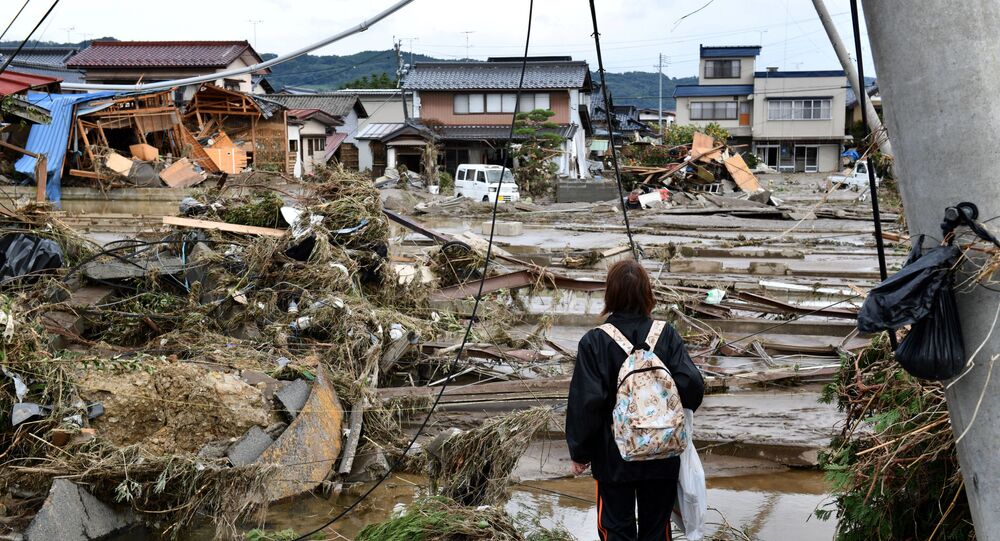 Gale force winds are also expected to batter some regions and the first snow of the year might hit higher ground, with heavy is set to stretch across the west of the country, in some cases lasting for up to 36 hours without pause.

The UK Met Office has warned parts of the country could face up to a month's rainfall in just 24 hours, and issued a set of fresh “danger to life” warnings.

“There is a conveyor of cloud and rain that's going to be bringing this rainfall more or less continually over parts of the west especially Wales…There’s a small chance homes and properties could see some flooding. Given the warning is out for effectively 36 hours - from midday tomorrow until midnight on Saturday – it does provide the chance for the large amount of rain to occur…Certain neighbourhoods could find conditions changing quite quickly during that period,” Met Office spokesman Grahame Madge told The Independent.

Yellow warnings, indicating a small chance of fast-flowing or deep floodwater causing danger to life and potential travel disruption, have also been issued for the north of the country from Carlisle to Greater Manchester, as well as the whole of Wales. Gale force coastal winds are further expected to hit Northern Ireland, Wales and the North of England, with windspeeds reaching up to 55 miles per hour on the south coast.

​Nonetheless, despite the warnings, the weekend may end with dry and brighter weather –although the majority of the country is unlikely to be warmer than 11C on Sunday.

The news comes as torrential rain has flooding across western Europe, leading to deaths and destruction. On 23rd October, police in Spain said they’d found the body of a man on a beach at Arenys de Mar, hours after he was reported missing from a nearby town. Firefighters are also searching for an elderly woman and her son, who were staying in a prefabricated house in Vilaverd, a small town close to Barcelona, when it was washed away following a nearby river bursting its banks – a car was also swept away and the passengers are likewise missing. Spanish authorities said the rainfall caused power cuts affecting 20,000 people, while the police said 40 roads in the Catalonia region were cut off after several rivers burst their banks and flooded nearby streets.

The focal area for the #SevereWeather in #Europe Tue-Thu this week has shifted northeast since the last update. Near 100 mm rain possible near Med. coast from #Tarragona, #Spain to #Genoa, #Italy, with over 200 mm possible around the Spain-France border & #Andorra.#Flood #risk pic.twitter.com/Dv6W6rZDaU

​Ten departments in southern France have also been placed on orange alert as the country’s weather authority said 12 centimetres of rain had fallen in less than three hours in the Bezier area of the Herault department. Rainfall reached 16.5 centimetres in 24 hours in the city of Beziers.

In Italy, a taxi driver drowned after his car was swept off a bridge in the Piedmont region - his passenger was found alive clinging to a tree.