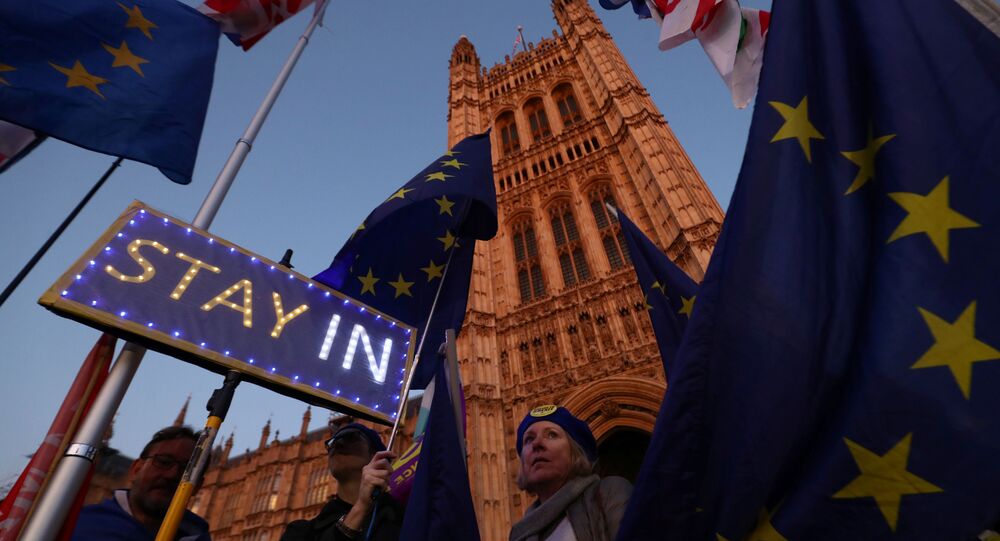 According to research carried out by an SEO platform, three news websites viewed as pro-Remain account for over half of all Brexit-related search results.

Pro-Brexit members of British parliament are accusing Google of political bias after a study revealed that users searching for information on Brexit developments are more likely to come across pro-EU news articles on the first page of Google.

An analysis of the first page results from searches for 5,000 keywords and phrases, such as “Brexit border issue” and “Brexit EU citizens”, shows that the Brexit agenda is being dominated by the BBC, The Guardian and The Independent.

The study was based on October figures from search engine optimisation platform Searchmetrics, which calculates the market share of a website based on the search volumes of keywords and each website’s ranking on the results page.

The BBC tops the list with almost 30 per cent of Brexit-related news searches. The Guardian – the top-ranking British newspaper website – is second with a 12.4 per cent share. The Independent is third with nine per cent.

News websites considered pro-Brexit, such as the Daily Telegraph, the Express and the Sun, appear much lower on the results table; each accounts for between 2 and 4 per cent of the market share.

Last month, veteran broadcaster and journalist John Humphrys in his memoir blamed the BBC for having an “institutional liberal bias” and claimed that it didn’t want Leave to win in 2016. And a 6 October piece by the conservative magazine The Spectator accused the corporation of churning out “hysterical anti-Brexit propaganda.”

Back in 2018, the corporation refuted allegations by several politicians of bias regarding Brexit, insisting that it’s their job to “give people the range of opinions they won’t necessarily get in their newspapers.”

A February 2018 YouGov poll revealed that The Guardian and BBC are seen in Britain as the most anti-Brexit news outlets, with 33 and 27 per cent of respondents believing they supported the Remain campaign. The Independent, which has launched the Final Say campaign on a second referendum, is also widely viewed as a pro-Remain outlet and ranked third in the same poll.

"As the readers of different newspapers have very different views on Brexit, the prominence of the Guardian means that the Google search results are more likely to feature pro-remain coverage, with pro-Brexit reports in the Daily Express, Telegraph or Sun appearing less frequently," said Stephen Bench-Capon, content marketing manager at Searchmetrics.

He added, however, that Google search results reward publications with a high level of expertise, authority and trust, aka EAT, so the BBC's dominance in Brexit-related searches "strongly suggests" that Google views it as the most authoritative source of information for these topics.

It also appears from the analysis that the Liberal Democrats – the party that is openly rejecting Brexit – boast the most first-page results among all British parties with 19 per cent, trailed by the Labour (18 per cent) and Tories (13 per cent).

While Google is yet to comment on the report, Eurosceptic lawmakers were quick to accuse the company of promoting a political viewpoint despite its stated principle of search neutrality.

Conservative MP David Morris, a Brexit supporter, told the Daily Mail that Google must not "take a view on politics." He said: "From this research, it looks like they are biased towards left-leaning, anti-Brexit news sites – and that does not reflect the views of the public."

His fellow Conservative MP David Davies, also a Brexiteer, called the findings "extremely concerning," adding that "anyone wanting an explanation for Brexit is going to be directed towards left-leaning, pro-EU news outlets – i.e. the Guardian, the Independent and even the BBC."

John Whittingdale, Tory MP and former culture secretary, said he was hopeful Google would consider the study. "I am sure Google would want not to be seen to be politically leaning in either direction," he stressed. "Google is a search engine; it is not a campaigning organisation."

Google has long been accused of infusing a political prejudice into its products. Earlier this year, it was found that 86 per cent of the web giant's search results in its 'Top Stories' feature favoured pro-Democrat outlets.  In April, Republican senators blamed the company, along with Facebook, at a congressional hearing for alleged discrimination against conservative viewpoints. Google insists that it has no ideology in its rankings.