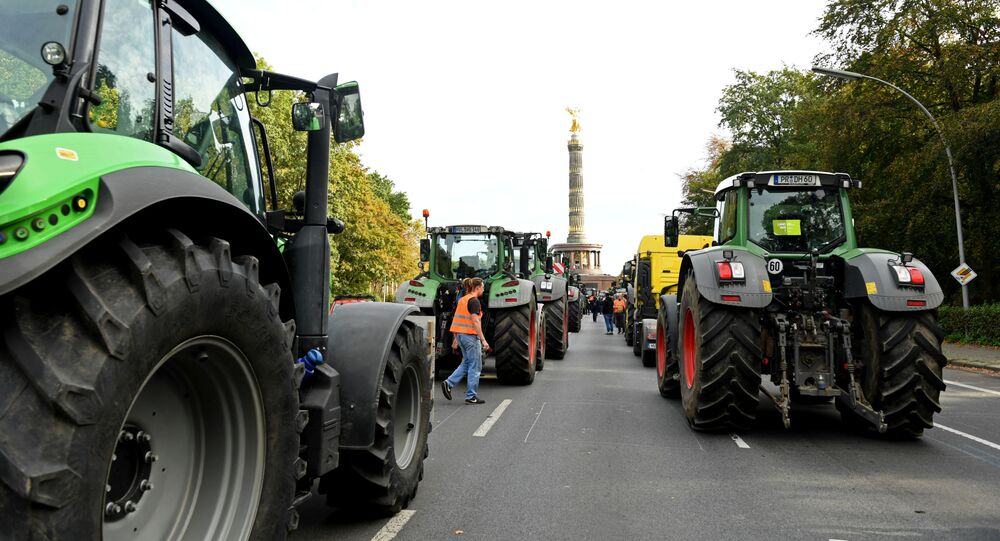 BERLIN (Sputnik) - More than 200 tractors arrived on Tuesday in Berlin and blocked traffic in the centre of the city as part of a rally, organised by the non-profit farmers' movement known as Land Schafft Verbindung (Countryside Creates Connection), against the government's agricultural and climate policies.

The demonstration started on Monday morning in the state of Brandenburg. The participants then headed to the Tiergarten park near the government quarter in Berlin. Some farmers who are currently joining the rally are also moving toward the park.

Additional police forces are trying to prevent the passage of tractor columns into the city centre, while as of noon on Tuesday, traffic on the streets around the park is partially blocked.

The protesters turned off their car engines and said that they intended to stay in Tiergarten until more demonstrators arrived.

Those opposing government policies, in particular, the so-called environmental package, which imposes higher taxes on carbon emissions, were seen on the hoods of some vehicles.

The German government presented its climate change plan for the period until 2030 in September. Planned measures include higher taxes on CO2 emissions; increased prices for petrol, diesel, gas and mazut; as well as preferences for buyers of more environmentally-friendly heating systems. The programme costs some €50 billion (some $55 billion).