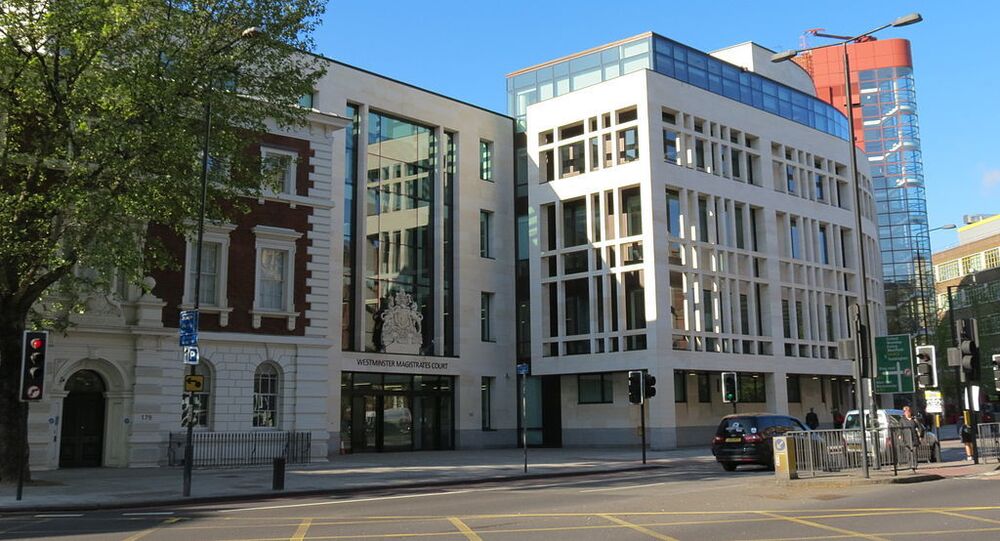 In September, Julian Assange’s biological father John Shipton said that the treatment of the WikiLeaks founder in London's Belmarsh Prison could be described as “sordid and hysterical”, as his son is being kept in solitary confinement for up to 23 hours a day.

Assange, dressed in a navy suit and light blue jumper appeared in the Westminster Court of Magistrates this Monday cleanly shaven in contrast to the long beard he had grown while he was in the Ecuadorian Embassy.

During the court hearing, the judge has declined a request by the whistleblower's lawyers for a provisional release, slating the next hearing on his extradition to the US on 18 November.

According to the court ruling, Assange will be able to take part in the hearing through a videocall from Belmarsh prison, where he is held, due to his health problems.

The WikiLeaks founder was arrested in London on 11 April and thereafter sentenced to 50 weeks in prison for jumping bail back in 2012, when he claimed asylum at the Ecuadorian Embassy in London to avoid being extradited to Sweden over sexual assault charges and possibly being sent to the United States.

After Assange’s arrest, Washington filed a request asking London to extradite him.