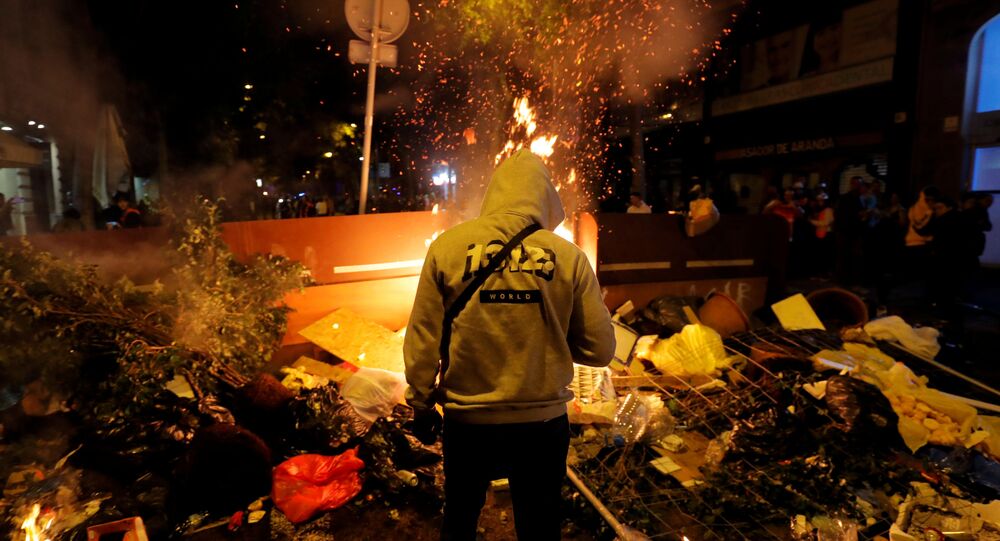 Efe news agency noted that the estimations did not count the funds spent on overtime payments to city cleaners following the riots.

The report comes after what started as a general strike in Barcelona soon grew into violent riots. Protesters were blocking roads with barricades, setting them on fire, ripping off the street signs, breaking the windows of nearby stores and eventually clashed with law enforcement near the National Police building.

​They threw bricks, bottles, crackers and other objects at the police and burned carton boxes. Police had to fire rubber bullets and tear gas to constrain them, as well as use water cannons to fight the fire.

Spanish police attacking peaceful protesters in Barcelona yesterday.
When is the European Union going to start defending the fundamental rights of Catalans? pic.twitter.com/zB9mwIwZoM

​Since the beginning of the week, Catalonia has been marred in public unrest. Mass demonstrations were sparked by the ruling of the Spanish Supreme Court to sentence nine Catalan politicians, involved in organizing the 2017 independence referendum, to 9-13 years in prison on sedition charges and the other three to fines over disobedience.