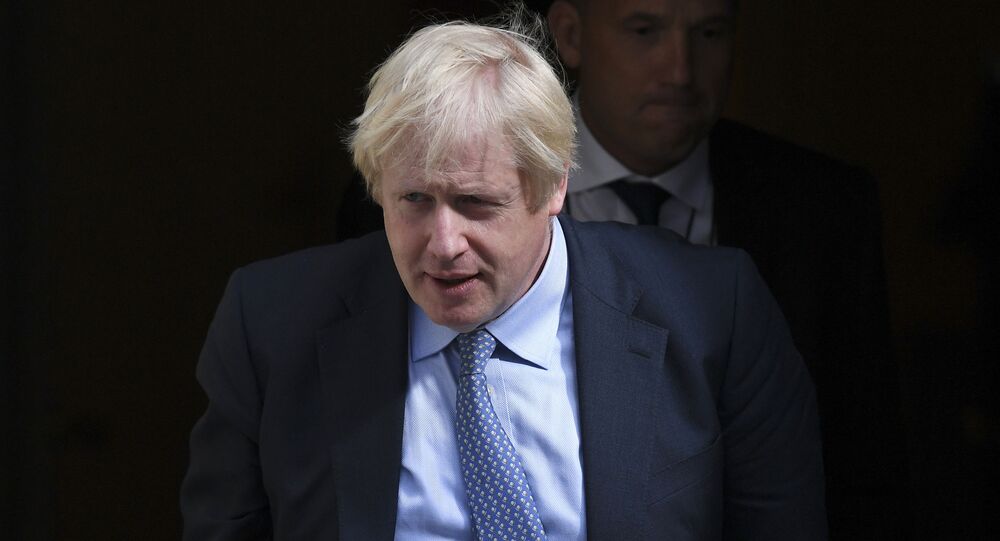 More than three years since the United Kingdom voted 52 percent - 48 percent to leave the European Union, PM Boris Johnson is geared to try and win parliament's approval for a divorce treaty struck in Brussels on Thursday.

British MPs are set to vote on the UK’s divorce deal with the European Union, which was struck between the UK government and Brussels, in their first Saturday sitting since the 1982 Falklands conflict.

As he touted his Brexit deal, hammered out on 17 October just hours before the crunch EU Summit, Prime Minister Boris Johnson said on Friday there was "no better outcome", as MPs geared up for a knife-edge vote on the terms of Britain's departure from the EU.

"There is no better outcome than the one I'm advocating tomorrow (Saturday)," he told BBC television in an interview, calling it a "fantastic deal for all of the UK".

In a divided parliament where he has no majority, Johnson must now win the support of 320 lawmakers to pass his deal through the legislature.

As the House of Commons convenes at 9.30 BST, proceedings will get under way with a statement from Prime Minister Boris Johnson, as confirmed by Saturday's order paper.

Johnson is expected to take questions on his Brexit deal from MPs for a couple of hours.

Commons Speaker John Bercow will then reveal which amendments suggested to the government's motion asking MPs to approve the deal have been selected.

A government minister, yet to be confirmed by Downing Street, will then open the debate.

Although voting on the Brexit deal is likely to start after 14:30, if there are amendments selected by the Speaker, voting on them will be held first.

Thus, it is not definitely clear when the vote on the prime minister's deal will be held.

If MPs vote for the deal

Should the government motion be passed by MPs without amendments, it will mark the first stage towards the deal becoming law.

The Withdrawal Amendment Bill, which implements the legally-binding treaty, could be presented to Parliament early next week, as Boris Johnson's 31 October deadline looms near.

Still, there is no guarantee everything will be done on time for the deadline.

If the government motion is passed with amendments, then a delay to Brexit becomes more likely.

If MPs reject the government's motion

If MPs reject the deal, there is the possibility they could be given the chance to vote in favour of a no-deal Brexit - listed as a second government motion on the Commons order paper.

Labour MP Peter Kyle tabled an amendment to this second motion that rejects leaving without a deal and says any "final decision" on the UK and EU's future relationship should be subject to a confirmatory referendum.

Previously, MPs rejected the proposals to leave without a deal.

If there is no approval for either a deal or no-deal, the prime minister will have to write to the EU to request a Brexit extension.

MPs have tabled three amendments to the government motion on Boris Johnson's Brexit deal so far. Commons Speaker John Bercow will have to select them for debate.

There are two from the Scottish National Party (SNP).

One amendment was tabled to revoke Article 50 and cease the Brexit process.

Another one rejects the new Brexit deal and calls for an extension until at least 31 January 2020 to allow for an early election.

The third amendment, which as cross-party support, is from former Tory MP Oliver Letwin: to withhold House of Commons approval of the deal until the legislation to implement the agreement is passed.

If this proposal is passed by MPs along with Johnson's Brexit deal, he would still have to write a letter on Saturday requesting a further postponement of Brexit until 31 January.

MPs key to passage of deals

With the Democratic Unionist Party (DUP) of Northern Ireland definitely against the deal, and a number of the former Tory MPs who lost the whip last month seemingly onboard, two groups are being singled out as vital to the vote.

First are the most hardline of Tory Brexiters, some of whom have already said they would back the bill, and others could follow.
The other group are Labour MPs from leave-voting areas who support a deal.

They face Labour pressure to vote against it, but could still potentially be persuaded to vote the other way.

A long road ahead if deal passes

Even if the deal is passed, this would mark the first step in a protracted parliamentary process, which would shape the departure process over many years.

© REUTERS / Hannah McKay
A man walks past a mural depicting Britain's Prime Minister Boris Johnson on the side of a residential building in London, Britain, October 15, 2019

Boris Johnson has depicted the vote in parliament as the last chance to secure an orderly Brexit.

Though he is obliged by law to seek a Brexit delay if his deal falls, Johnson repeatedly stated the UK would leave on 31 October.

"There have been any number of false dawns. Deadlines for our departure have come and gone," Johnson has written in The Sun. "Today can be the day we get Brexit done."