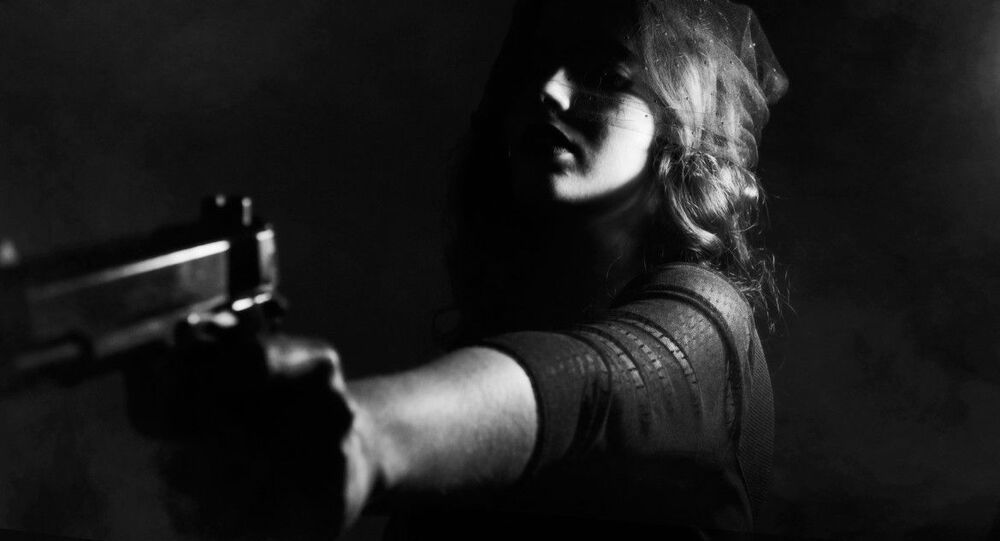 Europol researchers are highlighting the importance of investigating female criminal behaviour “to determine whether the policy prescriptions to reduce crime should differ for women.”

The European Union Agency for Law Enforcement Cooperation, commonly known as Europol, has confirmed that women are quite capable of committing serious crimes like arms and drugs trafficking, murder or grievous bodily injury, by launching a new online campaign.

As part of this new initiative, Europol revealed the identities of the 21 most wanted fugitives sought by each of the European Union’s member-state, with 18 of the fugitives being women.

Are women equally as capable of committing serious crimes as men? The female fugitives featured on https://t.co/SWHRuXpsNQ prove that they are. Discover their crimes and help us catch #EUMostWanted fugitives: pic.twitter.com/fbpdZw72gp

​The face of each fugitive, as presented on the euromostwanted.eu website, is initially concealed by a mask which is gradually being removed as one read’s through that person’s record, thus making it practically impossible to guess the suspect’s gender from the start.

The shady and dangerous ladies listed on the website include Zorka Rogic, sought in Croatia for arms trafficking and drug trafficking; Jessica Edosomwan, who is wanted in France for being a member of a criminal network that recruited young girls in Nigeria and forced them into prostitution in Europe, using juju rites to cow them into submission; and Adilet Shakirgazieva, the only female member of a criminal group of five that broke into numerous apartments on Malta in order to steal valuables.

As the agency noted in a press release, the number of "the number of women engaged in criminal activity has increased, although at a slower pace than men", with researchers highlighting the importance of investigating female criminal behaviour "to determine whether the policy prescriptions to reduce crime should differ for women".

The release also notes that the goal of this new campaign is to attract as much public attention as possible in order to increase the odds of obtaining information that could help the authorities to apprehend some of these fugitives.

"This approach has proven successful in the past three years. After every large communication campaign, several wanted fugitives were arrested or turned themselves in because the pressure became too high for them and/or their relatives", the release said. "Since the launch of the project, 69 criminals who featured on the website have been arrested. In at least 21 cases this was down to information received from the general public via the website".