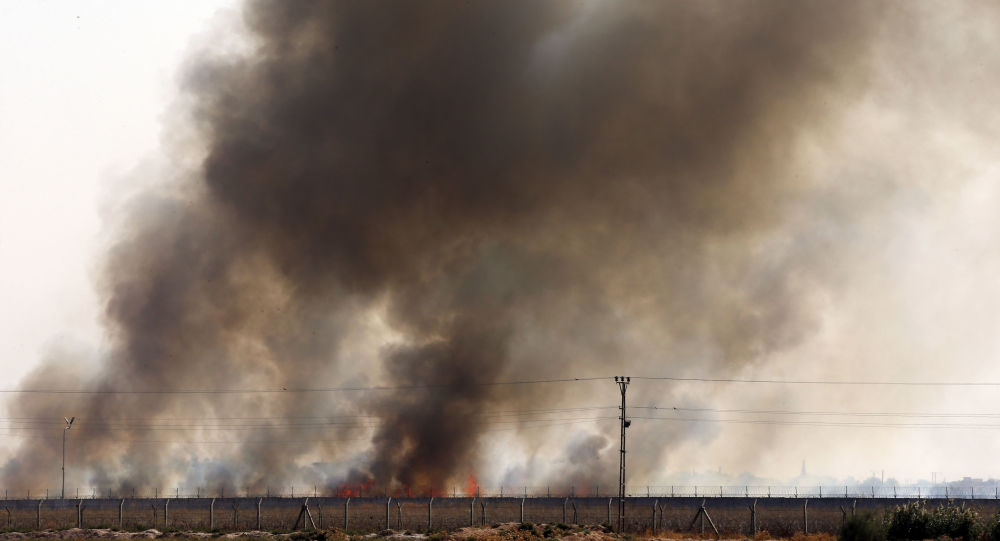 While raising questions about the future of the entire region, Turkey’s operation in Kurdish-controlled areas of northeastern Syria has flared up tensions between the respective group's diaspora communities in other parts of the globe.

Denmark, where violent clashes between Turks and Kurds have occurred before, is bracing for new tension, according to the newspaper BT.

Things could easily escalate once again, Deniz Serinci, a journalist with the Danish-Kurdish news outlet Jiyan, told the newspaper.

“We risk a conflict flaring up between Kurds and Turks in Denmark. When it comes to war, it divides people and many have their feelings hurt,” he told BT.

“People are afraid and I always take an extra look over my shoulder when I’m out making speeches,” Serdal Benli, deputy mayor of Gladsaxe Municipality, told BT.

According to Kurdish-Danish resident Dana Rashid, an interpreter in from the city of Horsens, there is a great risk of civilian unrest and restaurant attacks.

“There are both Turkish and Kurdish gangs who are not afraid to use violence,” she pointed out.

According to Benli, the discourse on social media has never been worse than now, and things have only been escalating since the start of Turkey's Operation Peace Spring, especially within closed forums. In one Facebook group, Danish Kurds were seen sharing a video of a Turkish protester being assaulted and bullied. In another, Danish Turks praised videos of dead Kurdish soldiers and welcomed the military operation in Syria. Benli stressed that he himself has seen many cases of Kurds and Turks de-friending each another on Facebook because of differing opinions related to the conflict.

Like many European countries, Denmark is no stranger to Turkish-Kurdish controversies. Last year, the Turkish embassy in Copenhagen was attacked by four Kurdish men throwing Molotov cocktails, and a month later a pro-Kurdish demonstration was assaulted by Turks. Denmark's Kurds and Turks are known for having long boycotted each other's restaurants. Often members of the opposing communities are not on speaking terms despite being neighbours.

Denmark's Turkish diaspora numbers some 70,000 people and is one of the largest in the Scandinavian country.

The number of Kurds is up for debate, as the newcomers are being registered according to their country of origin; Syria, Iraq, Iran and Turkey all have Kurdish regions. Some estimates have suggested that half of Danish “Turks” are in fact Kurds.

Turkey's operation in Kurdish-dominated areas against what it views as terrorist threat, which started on 9 October, was met with widespread condemnation, including from the US, the EU and a number of Arab countries.