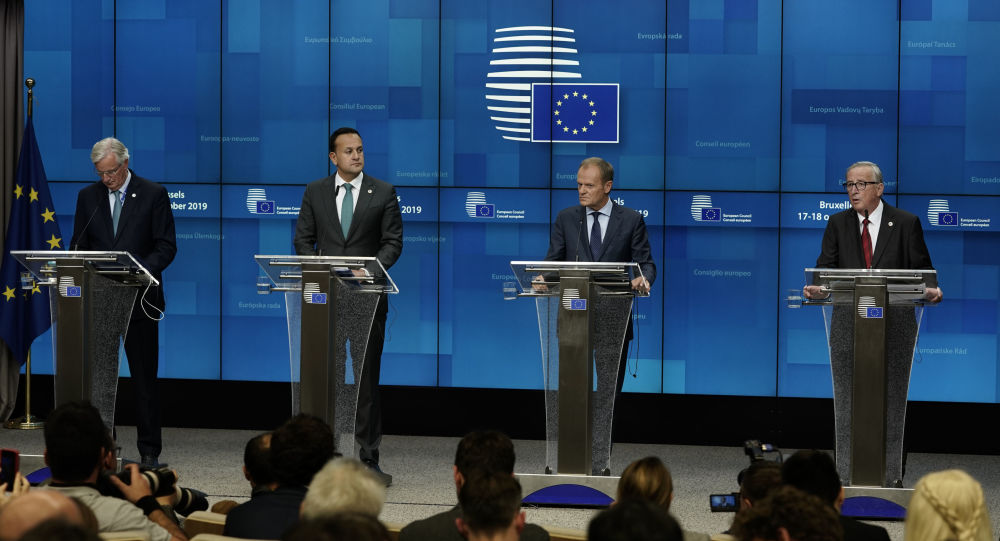 'Whatever Happens, The Issue of Remain or Leave Has Split the Country' - Professor

UK Prime Minister Boris Johnson announced on Thursday that an updated Brexit deal was agreed between his negotiating team and that of the EU. Later in the day, all EU member states approved the conclusions unveiled in the new deal and agreed that it would come into force from 1 November.

SPUTNIK: So what is your reaction to Boris Johnson's ‘Great New Deal’?

Jones: The great new deal of Boris Johnson looks awfully similar to one of Theresa May's earlier deal that Boris Johnson refused to accept when he resigned from the cabinet. I think it's a deal that appears to throw the DUP under the bus, as it were in that the commitment to look after them and to protect the interests of Northern Ireland have been largely ignored. Now in the past, the DUP were able to threaten and arguably intimidate Theresa May as Prime Minister, Boris Johnson has simply ignored that because the numbers in Parliament don't add up for him. So having DUP support or not having DUP support is immaterial in getting a deal forward. He is hoping that he can persuade Brexit is accepted even if the DUP or not. And I think this is a hugely risky strategy, but he was in a lose/lose strategy regardless.

So the numbers are going to be phenomenally close. And I would hate to be trying to put money down as to which way it's going to go. I think Boris Johnson has made a huge gamble, but one with an election in mind, in that he can go to the parliament and say "here's my deal", Parliament's says no, he says fine;  let's call the general election. Let's actually get it resolved. And he could believe that he could say to the people, I got a deal, Parliament rejected it. It's me versus parliament. Vote for me. Now, this is to misrepresent the actual role of parliament on this. But how it can be oversimplified, as such the Boris Johnson may actually be on a winner and it may lead to him actually getting a majority government in the next general election.

SPUTNIK: We've had a message today from Nigel Farage, who said that he would rather back an extension and a General Election rather than this deal. So that sort of sets us on the course of the Brexit Party and the Conservative Party standing against each other. Could that still split the vote?

Jones: It will split the vote of what we will see with the Brexit party, I suspect is if there was a general election, and that's still a big if because Parliament's got to approve a snap election and it needs a supermajority to do so. Without that the election is not going to happen. But if there is an election, then the Brexit party have said that they will not stand candidates against conservative MPs, who are Brexiteers of the highest order, who wants to a No Deal Brexit and things like that.

So there'll be a number of conservative MPs that will not have to fight the Brexit party, but there'll be other conservative MPs who remainers or who have backed the Theresa May do and maybe back the Boris Johnson deal. And if it doesn't get through the house, they will have a Brexit party candidate fighting against them and that is going to split the conservative vote that is going to split the Brexit vote and it may lead to, in some constituencies, where the Liberal Democrats or Labour or the SNP or Plaid Cymru  are going to win the seat in circumstances where they wouldn't necessarily otherwise have done, so. 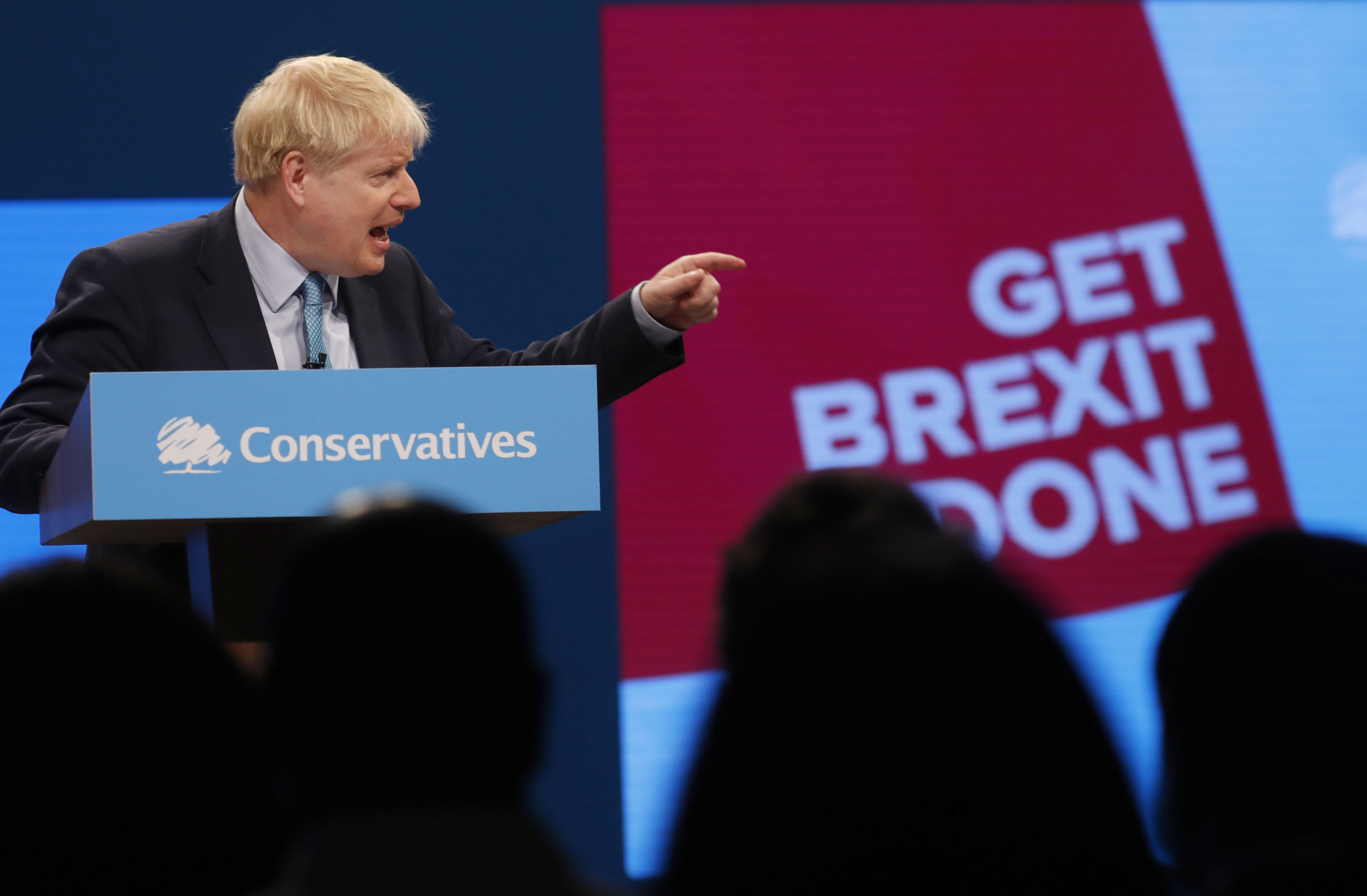 SPUTNIK: Tony Blair was speaking over the weekend, and he put forward an argument that said a second referendum would be more beneficial than a general election considering it's all focused on Brexit. Would you agree with that statement?

Jones: The problem is regardless of what's going to happen, the issue of whether we remain or leave the EU has split the country. The country is polarized, if a second referendum is called, it is going to lead to greater polarization. So the problem we've got is do we want that or do we want a general election, where a whole host of other issues ought to be debated, but won't be debated. And we may end up with another hung Parliament and the status quo in place so a minority Conservative government or maybe a minority Labour government, and a general election is not going to solve it.

So regardless of which option is chosen, they are both fraught with huge problems that are going to have an adverse effect upon society. The only other alternative is to say leave without a deal and just get on with things as many people are arguing, but even that is fraught with difficulties. And the fourth option is to revoke article 50 altogether, but that will also lead to huge problems, the will of the people be being defeated and so forth. So it doesn't matter what option has been chosen, it is going to lead to huge problems, huge concerns and society is even more divided. This is a rather bleak outlook and I apologize for that. But I do not see any sunny uplands in any direction.