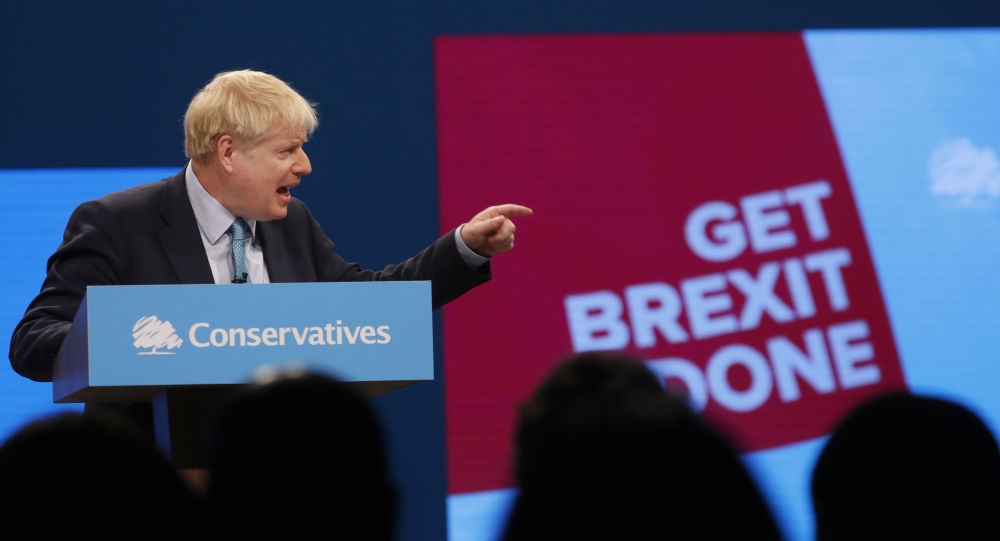 The text of a new deal still needs the approval of the UK and the EU parliaments.

​President of the European Commission Jean-Claude Juncker has confirmed that a deal was reached.

🇪🇺🤝🇬🇧 Where there is a will, there is a #deal - we have one! It’s a fair and balanced agreement for the EU and the UK and it is testament to our commitment to find solutions. I recommend that #EUCO endorses this deal. pic.twitter.com/7AfKyCZ6k9

The sides have been negotiating the legal text of a new Brexit deal. However, it still needs to be approved by both the UK and European parliaments.

The UK Labour Party leader Jeremy Corbyn said that Johnson has reached "an even worse deal than Theresa May's, which was overwhelmingly rejected." Corbyn believes that the best way to "get Brexit sorted" is to hold another public vote to let the people have their final say. However, he said he did not expect a second vote to be on the agenda of the parliament's meeting on Saturday.

According to EU's chief Brexit negotiator Michel Barnier, Northern Ireland will comply with some EU rules on goods and will remain in the UK customs territory.

Meanwhile, the Democratic Unionist Party (DUP) has said that its previous statement remains unchanged despite the news that a deal has been reached. DUP leader Arlene Foster said earlier that her party cannot support a deal that will keep Northern Ireland in the EU customs union.

Johnson's previous Brexit draft plan suggested that Northern Ireland would leave the EU customs union with the rest of the UK after the transition period ends. However, the idea was rejected by both the DUP and the EU.