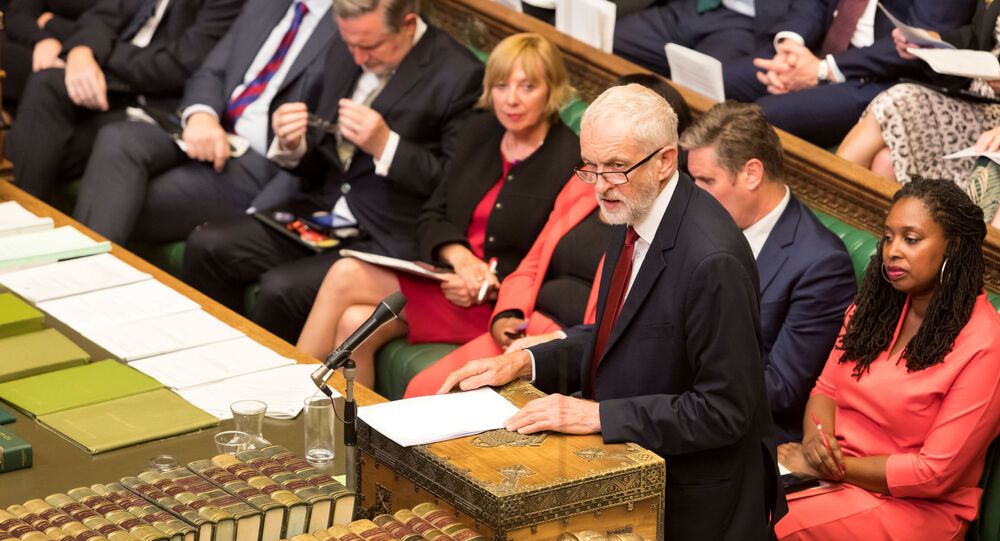 Earlier on Thursday, the Times reported that Britain's Labour Party leader Jeremy Corbyn plans to back a referendum on the new Brexit deal that Prime Minister Boris Johnson plans to present to parliament on Saturday.

UK Labour Party lawmakers have been told that they must vote for a second Brexit referendum in parliament on Saturday, according to a Sun reporter.

According to the paper, the government plans to invite lawmakers to a special meeting at the House of Commons on Saturday to hold a vote in the hope of getting a deal approved by the October 31 deadline.

Earlier in the day, a report by the Times said that the Labour Party leader Jeremy Corbyn is expected to support a referendum on a new Brexit deal which Prime Minister Boris Johnson is going to put before parliament on Saturday.

This comes as UK Prime Minister Boris Johnson is heading to Brussels for a crucial EU summit, where he hopes to win support for his Brexit deal to deliver on his country's withdrawal from the EU on 31 October as planned.