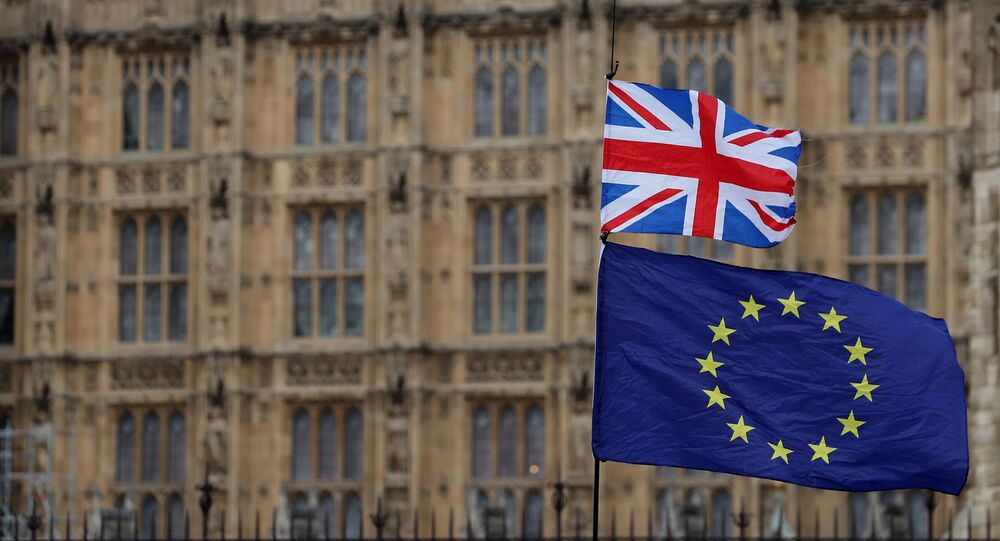 Amidst hopes of a potential Brexit deal being announced ahead of a crunch summit in Brussels, UK Prime Minister Boris Johnson seeks to deliver on his promise to take his country out of the EU bloc by the scheduled 31 October deadline.

A Brexit deal is still possible despite Northern Ireland's Democratic Unionist Party announcing it cannot support the current proposals offered by Prime Minister Boris Johnson and the European Union, said Housing Minister Robert Jenrick on Thursday, according to the BBC.

"I believe that's possible but there's clearly a considerable amount of work to be done in the hours to come," he said.

"Be assured that the prime minister and his team are in intensive negotiations with all parties, including with the DUP, and we want to provide sufficient comfort for the DUP and for unionists in Northern Ireland to feel that the arrangements that we would put in place with this deal are sufficient to give them comfort to support it," Jenrick added.

Earlier DUP leader Arlene Foster said she could not support what is being suggested on customs and consent issues.

Glimmer of hope on Brexit deal

Britain and the European Union appeared close to a Brexit deal as the two negotiating sides said Wednesday they were edging towards the basis for a treaty that would stop the UK from crashing out of the bloc at the end of the month.

EU Council President Donald Tusk said on Wednesday that the basic foundations of an agreement on Brexit were ready and that it could materialise within hours.

"The basic foundations of an agreement are ready and in theory ... we could accept this deal with Great Britain and avoid the chaos and the misfortune linked to an uncontrolled, chaotic exit," Donald Tusk said on Poland's TVN24 news.

Another European official was quoted by AFP as saying: "We're almost there," adding:

"Everything is resolved except the application of VAT in Northern Ireland."

British and EU negotiators were in a race in the hopes of presenting a last-minute Brexit deal in time for a crunch European summit on Thursday and Friday.

UK Prime Minister Boris Johnson told a meeting of Conservative MPs he was hopeful of a deal, as he appeared to have the party’s hardline Eurosceptics onboard, including Steve Baker, who said Johnson had briefed them that the whole of the UK was leaving the customs union.

An issue over VAT was said by Michel Barnier, the EU’s chief negotiator, to be a last-minute obstacle in the negotiations when he briefed European ambassadors on Wednesday night, writes The Guardian.

Under the agreement, Barnier said a regulatory and customs border would be drawn in the Irish Sea.

Northern Ireland would legally be in the UK’s customs territory, but would comply with EU rules on tariffs and quotas, with certain exceptions.

Barnier further explained that four years after the end of the transition period, the Northern Ireland assembly would be able to give its continued consent to continuing the arrangements.

Barnier added that the British cabinet had backed the agreement, but emphasised that he wasn't certain parliament would grant its approval.

UK Prime Minister Boris Johnson has been seeking to withdraw the United Kingdom from the European Union either with a deal or without on 31 October despite parliamentarians passing a law requiring him to ask for a three-month delay in the absence of an agreement with the EU as of 19 October.