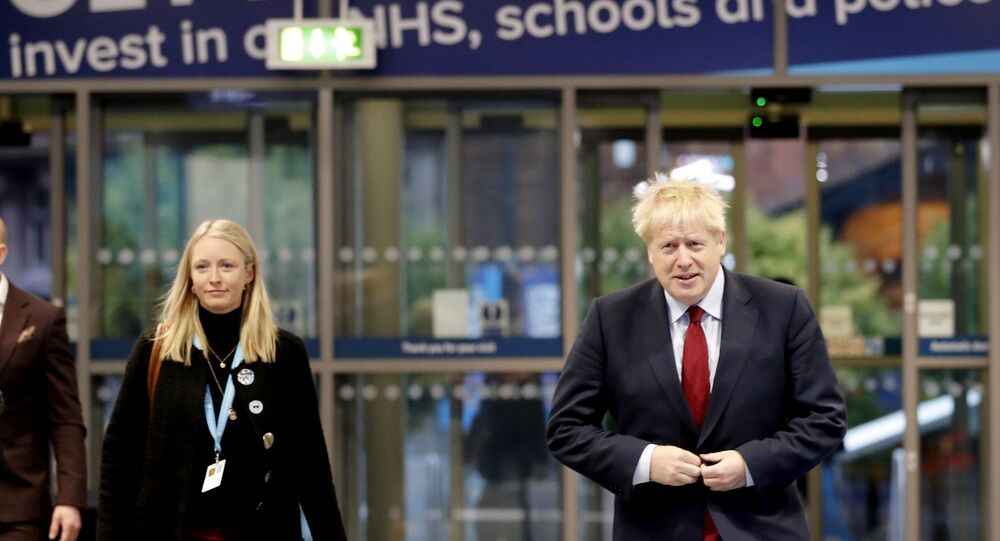 The UK is set to leave the European Union on 31 October and with just 15 days left to go, Boris Johnson is determined to secure a deal with the EU before the deadline. He will then have to see the deal pass through parliament, within which he has no majority.

An anonymous government source speaking to the Sun has confirmed that a deal would not be finalised on Wednesday night as talks are ongoing.

Govt source says no Brexit deal tonight, because of unresolved issues with both the DUP and EU: "Everyone will be working into the night but there won’t be a deal this evening".

Both the UK and the EU were hoping to establish a deal prior to the EU council meeting on Thursday, to which number 10 are yet to confirm Prime Minister Boris Johnson’s travel plans.

Despite no deal being agreed tonight, the prime minister has said, while likening the negotiations to climbing a mountain, that the summit was "not far" but the government are still "shrouded in cloud".

Chairman of the pro-Brexit European Research Group (ERG) Steve Baker praised the “great progress” made with the government. The government will require ERG votes to get the deal through parliament, as they were able to sink Theresa May's deal even though the Conservative Party had a majority.

Speaking to Sky News following a meeting in Downing Street, Mr Baker said: “We have made great progress in our discussions with Number 10,” adding: “Really at this point, it just remains to wish the Prime Minister every possible success as he goes to negotiate for our country".

When asked if he would be supporting the deal he said “I know everybody is desperate for us to say whether we can vote for it, but until we can see it, we can’t say", adding that "we really must see the text" before deciding whether or not to vote for it on Saturday.

Regarding whether there could be a Brexit extension, MP Steve Baker said “the Prime Minister has been absolutely clear - we are leaving on the 31st of October".

Barclay however also later said that Johnson "will comply with the law", which at this point requires him to ask for an extension following a failure to secure a deal.

Recent developments that a Brexit deal would not be finalised on Wednesday come as the EU's chief negotiator Michel Barnier briefs EU ambassadors ahead of the EU summit on Thursday to update the bloc's members on the state of negotiations.

According to the BBC, Mr Barnier confirmed that the EU was "working" on establishing a deal with the UK.

RTÉ’s Europe editor, Tony Connelly, said in an interview that all outstanding issues in the Brexit negotiations have been resolved, with the exception of the VAT in Northern Ireland.

Connelly said that two senior EU sources have said that the Democratic Unionist Party (DUP) have accepted the latest proposals on consent and therefore the main logjam to an agreement has been removed.

All outstanding issues in the Brexit negotiations have been resolved with the exception of how VAT will be treated in Northern Ireland, RTÉ News understands | Read more: https://t.co/GWuv4fIxf0 pic.twitter.com/cSlzxHNKJQ

French President Emmanuel Macron said earlier on Wednesday afternoon while at a press conference with German Chancellor Angela Merkel that he wants to believe "the agreement is being finalised" with the hope that a deal can be agreed to by Tuesday.

Merkel referred to the period as "the final sprint" and said that the leaders "await what Michel Barnier will say to us about the result of negotiations with the UK" and reiterated that they would "prefer an orderly exit".

​If Boris Johnson is to put together a deal, he must must then win a vote in parliament on Saturday, 19 October. If MPs do not vote for the deal, then Johnson is required under the Benn Act to request an extension of the Brexit deadline to 31 January 2020.

Due to his lack of majority in parliament, Johnson requires both ERG and DUP votes to get his deal through parliament.

Labour leader Jeremy Corbyn has reportedly said any Labour MP who votes for the deal will lose the whip and not be able to stand as Labour MPs come the next general election.

I say this as I’d say to any friend or colleague wavering on a profound error of of judgement: Voting for the PM’s deal, should he get one, would in effect as @paulmasonnews says, be, “the political equivalent of crossing a picket line.” Pls don’t enable this hard right project. https://t.co/jYwuTPGMQu

Boris Johnson has made it his task to succeed where his predecessor Theresa May failed, to get Tory Brexiteers and the DUP to support his plans for Northern Ireland.

The major thorn in the side of Brexit has been the issue of the Irish backstop, which is designed to prevent the erection of a hard border in Ireland while preventing the end of the common regulatory framework under which both Northern Ireland and the Republic of Ireland are signatories to under the Good Friday Agreement.