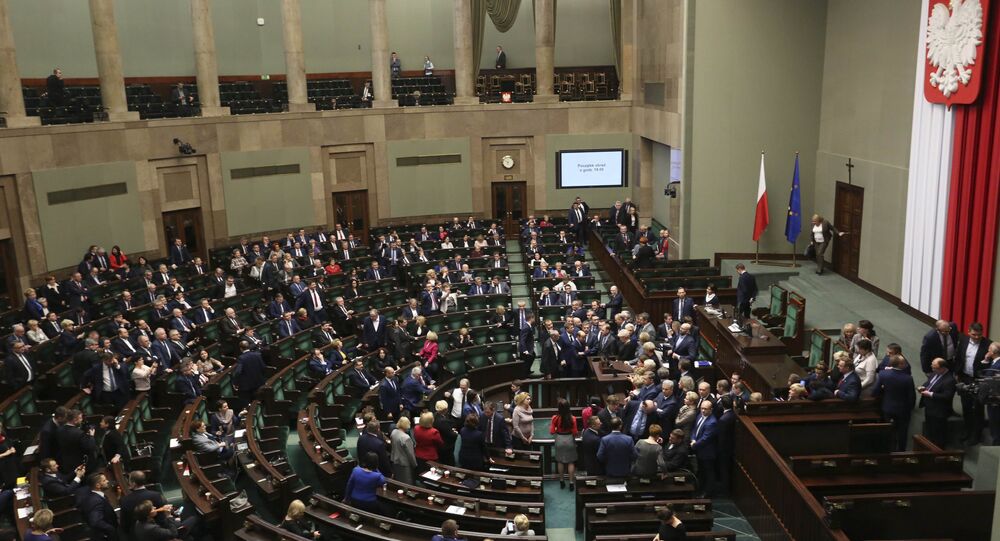 Regular parliamentary elections were held in Poland on 13 October, with Polish citizens electing 460 lawmakers to the lower house of parliament and 100 members to the upper house.

The governing Polish party Law and Justice (PiS) of Jaroslaw Kaczynski won the parliamentary election in Poland with 43.59 percent of the vote, the State Election Commission said after all ballots were processed.

The National Electoral Commission announced on 13 October the numbers from the draw results, according to which the political forces participating in the elections are registered and allocated on ballot papers.​

Nine political parties and coalitions entered the electoral battle in the parliamentary election in Poland on 13 October. The Polish People's Party (PSL) was the first to go to the polls, the governing Law and Justice Party (PiS) was second, followed by the Democratic Left Alliance (SLD), the nationalist Confederation party, and the Civil Coalition (KO). The sixth party in line was the Right Wing of the Republic, followed by the National Party of Retirees and Pensioners, the Nonpartisan Bloc for Cooperation with the Government, and rapper Piotr Liroy's party.

The minimum threshold to win a seat is five percent for individual parties and seven percent for coalitions.