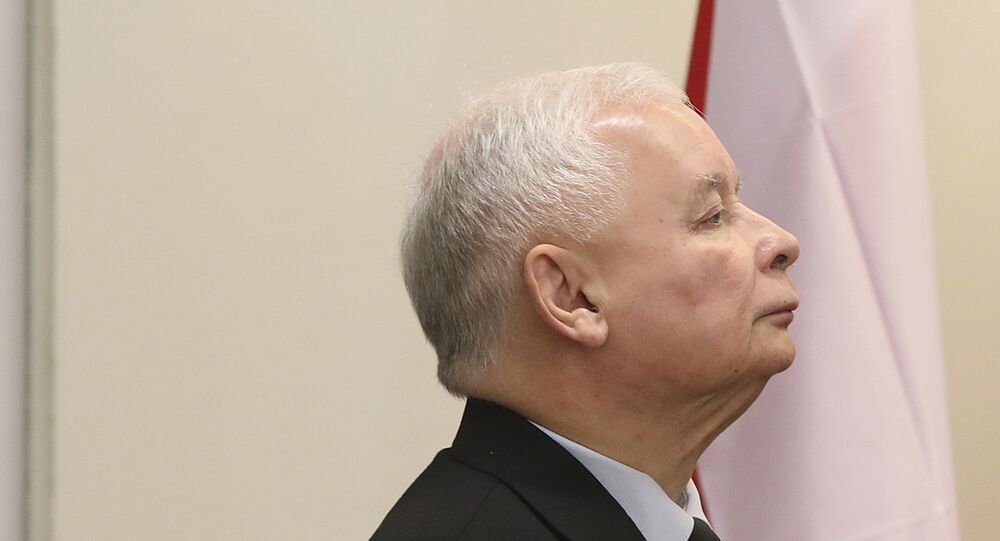 WARSAW (Sputnik) - The ruling Polish Law and Justice (PiS) political party of Jaroslaw Kaczynski is currently the front runner in the parliamentary election race, with 42.6 percent of the vote, according to a Sunday Ipsos sociological lab exit poll.

According to the poll, PiS's closest opposition rival, the Civic Platform, is in second place with 27.4 percent of the vote.

Ahead of the official vote tally, Kaczynski has proclaimed victory in the election, the TVN24 broadcaster reported.

Earlier surveys reportedly suggested that the PiS, if they lack a large enough majority, would be forced to form a coalition government in the Sejm (Polish parliament).

According to media reports, the PiS has campaigned for prosperity, mixing right-wing rhetoric with vast welfare promises while targeting low-income layers of Polish society.

A general election for the Polish parliament was held on Sunday. Citizens elected 460 deputies to the lower chamber, the Sejm, and 100 members to the Senate for four-year terms. The minimum threshold to win a seat is 5 percent for individual parties and 7 percent for coalitions.

One Dead, Dozens Injured as Quake Hits Coal Mine in Poland