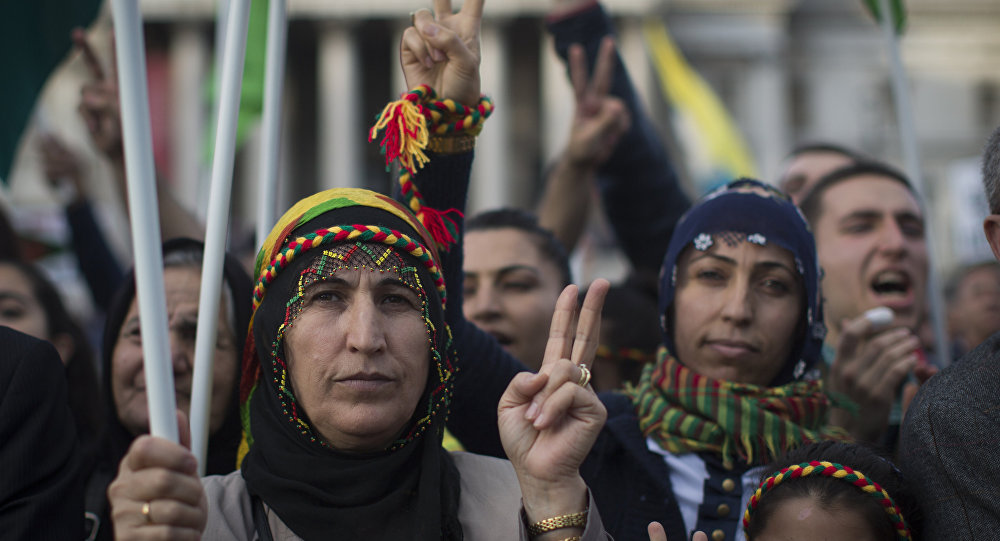 Turkish President Recep Tayyip Erdogan on 9 October declared the start of a military operation in northern Syria against Daesh* and the US-backed Syrian Democratic Forces (SDF), which Ankara has designated as terrorists.

People have taken to the streets of London to protest against Ankara's operation in Syria.

According to the broadcaster ZDF, on October 12 over 10,000 people joined a rally in the city of Cologne, some 4,000 in Frankfurt, some 3,000 in Hamburg and Hannover each. Smaller demonstrations took place in Bremen, Berlin and Saarbruecken. The protesters called for political pressure on Turkey and chanted slogans in support of Syrian Kurdistan.

The Turkish offensive in northern Syria is part of Ankara's long-standing goal to clear its border area of both Kurdish militants and Daesh terrorists and create a so-called safe zone along the cleared line. The air component of the operation originated the same day in Ras al-Ayn of Al Hasakah Province, while the land operations were launched shortly afterward. The military operation has already resulted in civilian deaths on both sides of the border. Damascus views the operation as a violation of Syria's territorial integrity and the offensive has also been rebuked by Western countries.

*Daesh (also known as ISIS/ISIL/IS) is a terrorist group