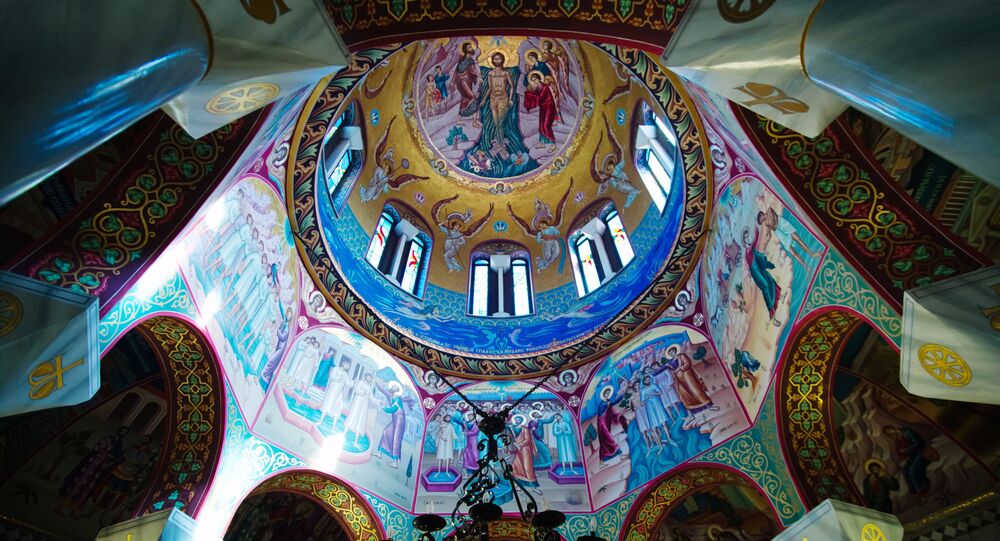 ATHENS (Sputnik) - The Church of Greece has granted Archbishop of Athens and All Greece Ieronymos II the right to decide about the autocephaly of the non-canonical Ukrainian Orthodox Church of the Kiev Patriarchate, recognised the right of the Patriarch of Constantinople to grant the Tomos of autocephaly to the UOC-KP, Metropolitan Hierotheos said.

"We recognise not the Tomos of autocephaly, but the right to grant it", the metropolitan said.

Hierotheos avoided directly answering a question whether this decision meant recognition of autocephaly, stressing that the synod recognised the patriarch's right to grant autocephaly.

On 6 January, Patriarch Bartholomew of Constantinople handed over the Tomos of autocephaly, a document that grants Orthodox churches autonomy, to the newly established Ukrainian church. The Russian Orthodox Church, along with the Ukrainian Orthodox Church of the Moscow Patriarchate, refused to recognize the establishment of the new church structure in Ukraine and Constantinople's decision to grant it autocephaly.

The Moscow Patriarchate described the situation as the "legalisation of schism," stressing that it would have catastrophic consequences and affect millions of Christians in Ukraine and other countries.