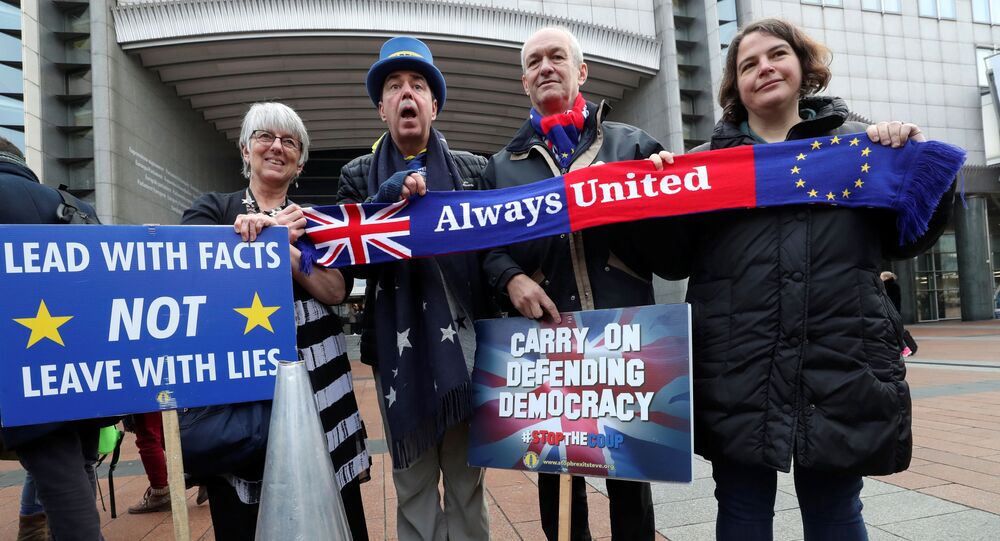 British and EU Brexit negotiators met Friday morning in a last-ditch effort to restart talks on an orderly Brexit, as "promising signals" were reported to hold out a glimmer of hope that a deal could be inked just days before a crunch EU summit.

European Council President Donald Tusk said in a televised statement in Cyprus he has received “promising signals” that a Brexit deal is still possible, after the leaders of the UK and Ireland said they could “see a pathway” to a potential agreement.

The host of next week's Brussels summit Tusk cautioned against early optimism, saying Britain was yet to come forward with a "workable, realistic proposal" for a Brexit deal.

"A week ago I told Prime Minister Johnson that if there was no such proposal by today, I would announce publicly that there are no more chances, because of objective reasons, for a deal during the incoming European Council," Tusk was reported as saying.

"However, yesterday, when the Irish taoiseach and the UK prime minister met they both saw, for the first time, a pathway to a deal. I have received promising signals from the taoiseach that a deal is still possible," Tusk said, during a trip to Cyprus.

"Technical talks are taking place in Brussels as we speak. Of course, there is no guarantee of success and the time is practically up. But even the slightest chance must be used," he warned.

As European Council President Donald Tusk gave mixed messages over hopes for a Brexit deal, Michel Barnier and Steve Barclay, the senior European and British negotiators, met in Brussels early on Friday, with the European Union negotiator set to brief ambassadors from the other EU members on the developments now.

"Barnier will have to say whether we can or can't start negotiating a text. After that, it's a long road. It's wacky to think we'd have a treaty text before the October 17 and 18 summit," a European source told AFP.

The two sides met Friday against the backdrop of a brighter mood set by Thursday’s meeting between UK Prime Minister Boris Johnson and his Irish counterpart Leo Varadkar.

Johnson and Varadkar held "detailed and constructive" talks, as Varadkar told reporters that although negotiations were at a "very sensitive stage" they were "very positive and very promising."

Ireland has been a key player in Brexit haggling due to the issue of the UK's only land border, between its province of Northern Ireland and Ireland.

Johnson and Varadkar's talks "concentrated on the challenges of customs and consent," their joint statement said.

He proposed that Northern Ireland stay aligned to the EU's single market but remain in a separate UK-wide customs territory, envisaging customs but no regulatory checks on the frontier.

Northern Ireland's opt-in to the plan would be open to a four-yearly review by the province's devolved assembly and executive.

Johnson has vowed Britain will end its five-decade membership of the EU on 31 October, with or without an inked agreement.

However, he could be forced to seek a third delay to Brexit, thanks to the so-called Benn Act - passed by MPs last month - demanding he request a delay to the Article 50 deadline from the EU until January 2020 if a deal has not been agreed before 19 October.