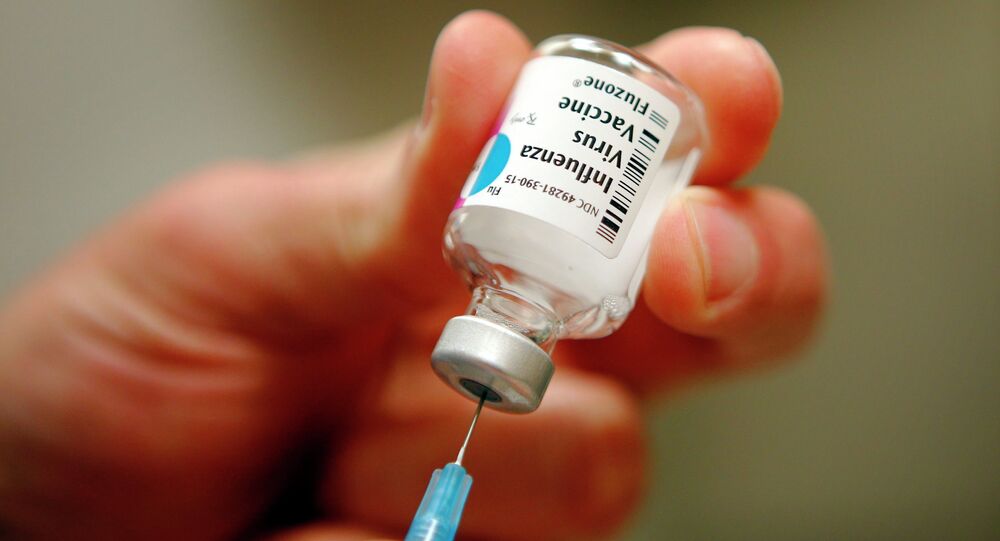 Brexit was initially supposed to happen on 29 March but was postponed to 31 October amid the UK government's failure to negotiate divorce terms. UK Prime Minister Boris Johnson is determined to leave the European Union by the deadline, even in the case of a no-deal scenario, which could result in economic fallout.

The gloomy sentiment among Britons about the possible no-deal scenario concerns not only reported earlier fears of food and various goods shortages, but also medicines. In particular, no-deal Brexit could mean lacking flu vaccines, Bloomberg broke the news on Wednesday.

The UK health-care industry has been preparing for a disorderly departure from the EU for more than two years, the media report says. Flu season gets underway and reportedly ratchets up pressure on local and foreign vaccine manufacturers and the country’s National Health Service (NHS) as well.

According to various foreign vaccine suppliers, cited by Bloomberg, getting shots from the plant to the patient will be complicated due to the possible no-deal Brexit. That means that the foreign companies are reportedly forced to open additional offices in Europe to ease the logistical burden and to cut the risk of possible delay, according to Bloomberg.

In August, leading UK health organizations sent a letter to Prime Minister Boris Johnson warning him about a possible impact of a no-deal Brexit on the wellbeing of their patients. It stressed that the implications of a chaotic exit for the National Health Service "must be considered at the highest levels of your government’s decision making".

They also warned that delays on the borders in the event of an abrupt exit could exacerbate the existing shortages of medical supplies. Even a "moderate" flu season, they said, would put significant pressure on the heath system.

So far clinicians have been unable to reassure their patients that their health will not be negatively affected by the United Kingdom’s exit from the European Union on 31 October.